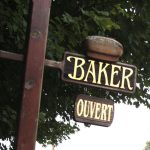 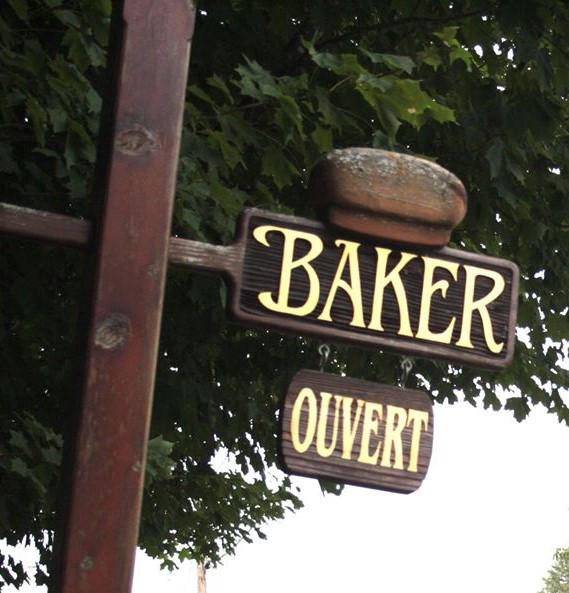 Nothing predestined Philip Baker to become a baker, except for his last name. Despite his father’s career as a university professor that led him to spend most of his academic life in Ste-Anne-de-Bellevue and his university years studying agriculture at MacDonald College, Stanbridge East was always the place he called home.

So why baking? “Out of necessity,’’ says Philip, laughing. “And I liked baking bread!” Philip learned how to bake bread from his mother. “We always had homemade bread in the house! Standard white bread,” he explains. Today, Philip bakes around 12 kinds of bread. Through the years, he’s adapted to his customers’ needs.

In 1990, when his daughter was four, he built the bakery in front of his house where it still sits today. As business expanded, he built two additions to accommodate the demand. This spring, because of the pandemic, they cut out a service window and counter so people could pick up their orders without going in.

“Did you ever think your daughter would become your business partner?” I asked. “Only when she went on to study pastry and baking,’’ admits Philip. After studying Western Philosophy at McGill, Genevieve, his only daughter, decided she wanted to do something more hands-on. She came out of ITHQ about seven years ago. Since then, she has been a full-time partner. Even though she is not a sweet tooth herself, she has been baking all kinds of goodies for the customers: brownies, scones, cookies, etc. Lately, the reduced work week has given them time to put down the bread recipes on paper. Genevieve is learning how to bake the bread in the wood-fire oven, and yes, the oven is still fired by wood today, giving the bread its authenticity.

Authentic is probably the best word to describe the place, located off the beaten path on North Road in Stanbridge East. You’d never know it was there except for a discreet sign, discretion being the best word to describe both father and daughter. Indeed, the 30th anniversary of the bakery would have gone by just as discreetly, pandemic or not but I thought 30 years was worth writing about. The Boulangerie Baker is one of Stanbridge East’s institutions. Its owners don’t need to get the word out! Their customer base is loyal and they have no desire to expand. The bakery lets them both have time to do what they love. Cross-country skiing and running for Genevieve, agriculture and wood-cutting for Philip. Nevertheless, I just thought it’d be nice to put it out there – Happy 30th anniversary!

For now, the Boulangerie Baker is open Wednesday through Friday. Check out their Facebook page for their daily menu. At the time of printing this paper, they were still taking orders 24 hours in advance. But kept some spare for walk-ups!

The Boulanger Baker in Stanbridge East is 30 years old!

The Boulangerie Baker is 30 Years Old

[SUMMER 2020] By Geneviève Hébert Nothing predestined Philip Baker to become a baker, except for his last name. Despite his father’s career as a university professor that led him to spend most of his academic life in…
Si vous aimez, svp partager! If you like this, then please share!