Some words about Ron Gilker

Ron Gilker, owner and pillar of the Mocador in Sutton for the past 42 years, died suddenly on early Sunday morning of October 23, 2022. He is sorely missed by his daughter Andrea, his best friend Ruth, his brothers and sisters, his friends and his loyal Mocador customers who have supported his business throughout the 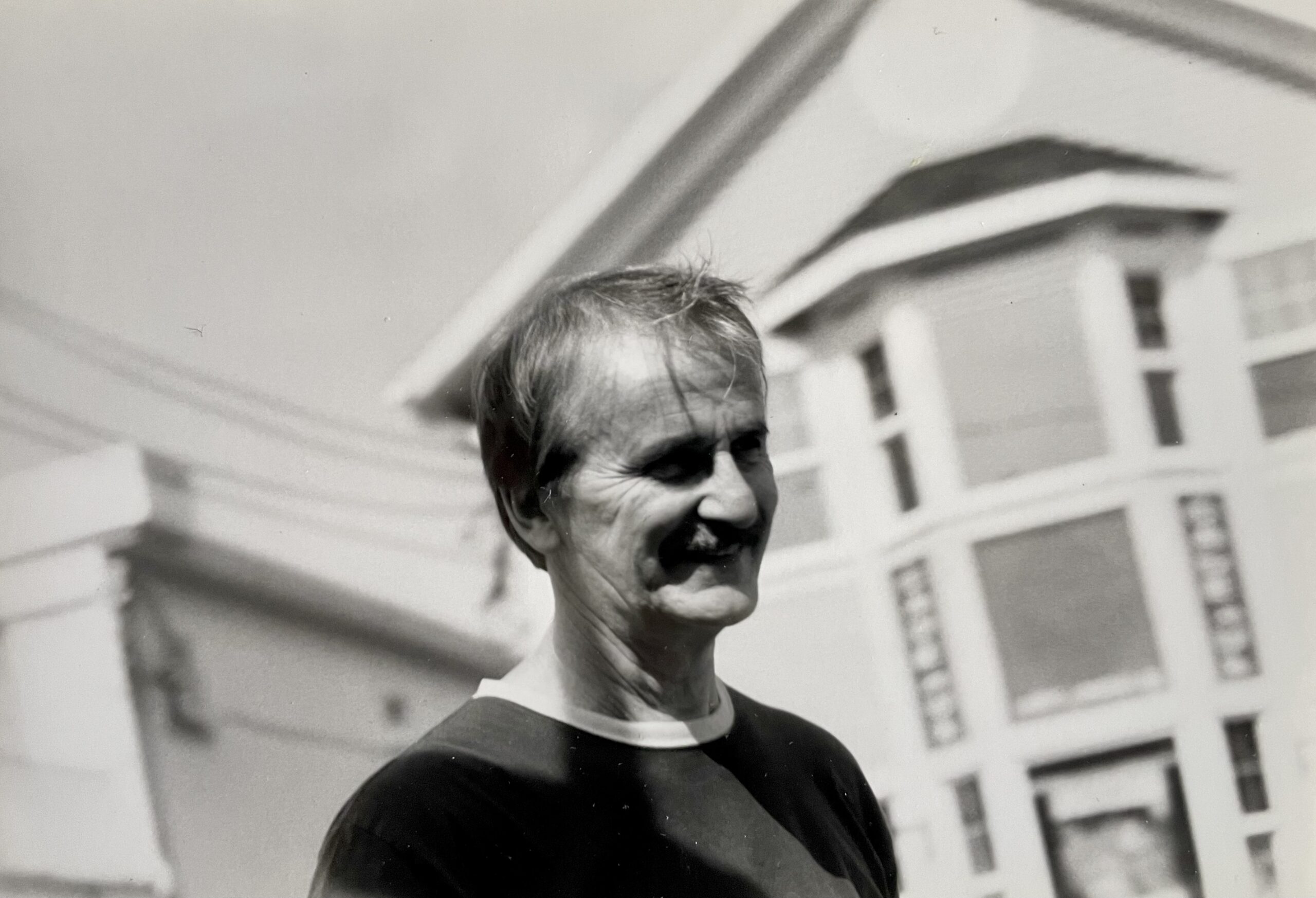 My youth was not boring. It was easy to invent things to do with so many people willing and eager to participate. We spent many summer evenings at bonfires on the beach, drinking beer, roasting marshmallows, and dancing in the sand to the music of Elvis Presley, Jerry Lee Lewis, The Big Bopper, Buddy Holly, and the beach tunes of Harry Belafonte and The Beach Boys—it was our opium. The music would blare from a car parked near the beach, radio full blast, and doors thrown wide open. Dancing freely in the sand or running along the brilliantly moonlit beach, with clean salt air from the ocean whitecaps engulfing our bodies, was decidedly exhilarating. It was a high, which can only be given by nature at special moments. We were as carefree as the seagulls cawing overhead.

At other times, a pleasant evening was just sitting on a piece of driftwood with the soft warm summer breezes from off the bay caressing my body, sometimes alone or at other times with a girlfriend silently communing with nature and watching the moon climb up over the Bay, its shimmering beam of white light running over the water to our feet.

Being a bit of a loner, I would move away from the gang and the music to sit on the edge of the wharf, with legs dangling over the side, listening to the waves lapping against the timbers of the wharf and sometimes off in the distance the slow “putt-putt” sound of a single cylinder engine motor as a tired fisherman made his weary way back to harbour after a long and sometimes dangerous day of cod fishing.

These were times for peace and meditation with the sea. I cherished these times; I felt cradled by nature. Living close to nature, the heavens, the peace and calm, and even the potential ferocity of the Gaspé sea gave me respect and a warm feeling of security and ease. Someone, somewhere once said, “There are no natural disasters, nature sometimes just hits man on the side of the head and says get your act together and work with me.”

The above excerpt is from Ron Gilker’s unfinished novel entitled, The Mocador Years. In reading over it, I saw that he had yet to get to the “Mocador” part before his untimely death in late October of 2022. Perhaps that part of the novel wrote itself? Indeed, it is one part that lives on in the memories of his many faithful regulars who frequented the Mocador over the last 43 years. Ron’s memorial—an end to the Mocador novel that no one expected, least of which Ron—was a testament to such faithfulness. While none of us wanted to open the book to this chapter, the people of Sutton have shared nothing but warm thoughts and kind messages about the man who lived and worked in the heart of Sutton for more than four decades.

My mother, Ruth, and I wanted to express our gratitude to everyone in Sutton who has opened their hearts at a time when ours were foreclosed and emptied by losing Ron—both a father and a best friend. The kindness and generosity the village has shown these past few weeks will forever be cherished and gives us the strength to continue a road made lonelier than before. First, we wanted to send forth a huge thank you to the many attendees of the memorial for their warmth and presence, and for their incredibly generous donations to the centre d’action bénévole de Sutton—for which we raised over 1750$ in cash and we received three overflowing boxes of non-perishable food and personal care products for those in dire need.

We appreciate our staff Jessica, Leona, and Mattina for working the memorial and generously donating their tips to the CAB. Not to have this sound like an Oscar speech (which it might), we wanted to acknowledge a lot of people—not least of which are the musicians for their resonant generosity, and to Pasquinel, Sonia, Jack, Jason, Pascal, Dunkin, and Terry for organizing everything sound or security-related. Many thanks to Chloé, Dan, Fred, Mona, Marie-Soleil, Jessica Adams, Richard Packer, and Kelsie for the delicious food and help with setting up that night, which aided us in getting this memorial off the ground. Because of your collective help, Ron Gilker’s memorial unfolded without a hitch on such a busy and beautiful Saturday.

We hope you continue to support their local businesses—including Bagels Round Top in Sutton, Restaurant L’Archipel in Cowansville, Le Gros Nez in Sutton, and Micro et d’Osé in Sutton. We are sure there are some folks we are forgetting because of our grief brain; hopefully, our gratitude to everyone in the village is felt. So, again, un gros merci a tous! Your kindness will always be remembered.

Ron Gilker left us too early and touched many hearts and lives in Sutton. He had a way of listening to people when they were struggling with their personal lives. Because he did not mince words or suffer fools, he had a way of saying what people needed to hear to help them get through their mental health issues. Ron was also an idiosyncratic thinker who had a way of seeing the world from the fringe—looking to the cosmos and alternate planes of existence for ways to think through the mysterious workings of the world.

Last Christmas, Ron was excited about the James Webb telescope that launched into space. He would not stop talking about it, sometimes getting slightly on my nerves, although I would give anything to hear him prattle on about it now. Thankfully, he got to see some of the images that the telescope sent back before he passed away. In my birthday card from my parents in July 2022, Ron wrote, “James Webb will move the curtain a bit to show us the possibility of the cosmos.” Now Ron is behind the curtain, looking over all of us.

There is so much left unsaid with a sudden loss. Shock does not allow for a perfect eulogy. Nor is there such a thing. It is undoubtedly an inexact form—inspiring edits and re-edits. Naturally, there will be much left to the reader’s imagination. There was similarly much left for Ron to do—so much sailing and travelling left undone. As Ron’s unfinished novel attests, “my youth was not boring.” He got a lot of travelling out of his system in his 20s and kept dreaming about getting back to the sailboat. I hope he is finally doing the travelling he continued dreaming about ever since leaving the Mediterranean in the 1960s. Love you forever, Dad.