The Power of Action

In October 2010, when 33 Chilean miners were trapped 2000 feet beneath the surface of the earth, one man in Berlin, Pennsylvania made a difference. Brandon Fisher, a local small business owner, saw the story on the news one night and he knew the Chilean government’s plan to drill down over 60 days would end… 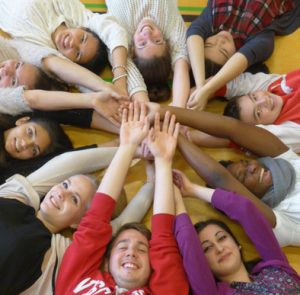 In October 2010, when 33 Chilean miners were trapped 2000 feet beneath the surface of the earth, one man in Berlin, Pennsylvania made a difference. Brandon Fisher, a local small business owner, saw the story on the news one night and he knew the Chilean government’s plan to drill down over 60 days would end in failure. There was no way the miners would survive underground for so long.

Mr. Fisher had what he knew was the only drill which could do the job – in half the time. But he had absolutely no connections to Chile whatsoever. Over several days, with patience and perseverance, he finally reached someone in the Chilean government.

The Chileans instantly decided to fly Brandon, his drill and his entire team down to Chile to perform the rescue, and 33 days later, ahead of schedule and under intense pressure, the miners climbed out of their tomb-like nightmare into the arms of their families, to the delight of Chile and the world.

Nine out of ten people in Brandon Fisher’s shoes might not have taken action. They may have thought: “Oh, it’s their problem,” or “They’ve got it under control,” or “It’s so far away, I couldn’t help them even if I tried.”

But one man acting on an impulse which he knew deep down inside would help, made a huge impact on the lives of hundreds of people, a whole nation, and the world.

This simple man taught us a great lesson. How often do we have a thought or an impulse to help someone, upon which we never act? Whether it be giving a few dollars to someone in need, or saying an extra kind word to someone who we can tell is in distress, it’s acting on that impulse that says: “This person could really use this right now, it would mean so much to him.” But, although temporarily inspired, we let the feeling vanish, and do nothing.

We tend to downplay the potential impact our actions can or will have on others, or on the world. Take my articles for Le Tour, for instance. For the last 3 years, I’ve been contributing regularly to the publication, without any feedback, either positive or negative! I began to wonder: “Is anyone out there reading them?” My motivation to continue writing began to falter until last month when someone said to me: “I want you to know that I look forward to your articles. They’re the first thing I read!” Her kind words really made a difference in my life, and changed everything.

The impact of any kind or helpful action is infinite. Like dropping a stone into a lake; the ripple effects are endless. Imagine what the world would look like if we all took action in this way?