It was the worst Christmas Eve ever. The whole family was despondent. Bob, their grandparents’ beautiful big puppy, was gone. Stolen! Right out of the back yard. The freshly fallen snow showed truck tire tracks, and two pairs of boot prints, that went straight to the hole where Bob’s fence had been cut open. The… 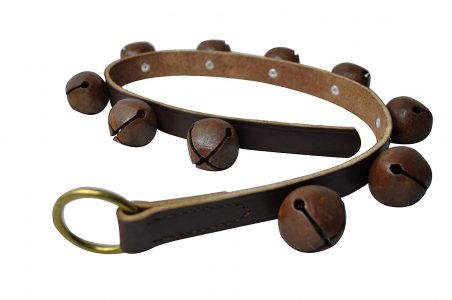 It was the worst Christmas Eve ever. The whole family was despondent. Bob, their grandparents’ beautiful big puppy, was gone. Stolen! Right out of the back yard. The freshly fallen snow showed truck tire tracks, and two pairs of boot prints, that went straight to the hole where Bob’s fence had been cut open.

The children were so upset they forgot about Santa Claus, presents, and everything else. They cried all Christmas Day and hardly touched their splendid Christmas dinner, not even the ginger ale and the bûche de Noël. The red felt bow that was to go on Bob’s neck, and the huge marrow bone that they’d wrapped and brought from Montreal, lay unopened under the tree. Even though they knew it was useless, their parents and grandparents drove around all day calling Bob’s name. Rosie said, “Pops, Bob was our best friend!”

Harry (seven), and the twins, Rosemary and Gordon (five), dearly loved Big Bob, and he loved them. He was not yet a year old. “Only just a puppy,” Harry said. Indeed no one had ever seen a dog like him. He’d already grown to 125 lbs. and, when he stood on his hind legs to kiss your face, he was taller than Nan. He had a soft black head with a white stripe running down the middle of his forehead and down his nose. He looked out at the world though earnest caramel eyes that tried hard to understand everything that you said. His body was a pattern of black and white patches. One day when Nan was walking him, a stranger said, “What kind of dog is that… Holstein?”

He wasn’t a special breed or anything—just a mutt—but a handsome mutt for sure. Nan and Pops had been thinking of a dog for a while. When they saw his picture in the SPCA advertisement in the newspaper. “Absolutely adorable,” said Nan. “Let’s go see him.”

It was Victoria Day weekend. He was sitting quietly in the back of an outdoor enclosure that held lots of other dogs. “He looks very sad,” she remarked to the dog people. “Yes Madame, we think he is. He came with a pack of stray dogs from Iqaluit, in Le Grand Nord. He’s a kind of husky dog. But even at four months, he is bigger than everybody else here, and very strong too. So far, nobody wants to adopt him.”

Without even looking at Pops, Nan said, “We’ll adopt him, and right this minute.”

“Perhaps he will be too big for the children, darling,” said Pops, but Nan knew dogs. “Don’t you worry, dear. This a good one. He will be just perfect.”

After doing some paper work, the SPCA man put a leash on the timid dog and walked him quietly to the MacCallum’s car. It seemed that he was afraid to be going off alone with these new people in the big new SUV that smelled of new leather.

“Oh, does he have a name?” Nan asked. “Why yes Madame, we called him Bob because he looks like my uncle!”

Bob was so calm, Pops wondered, “Do you think he might have a headache or something?” He had zero energy and just lay around the kitchen all week. He barely ate his food, and expensive treats from the pet shop didn’t interest him.

When the grandchildren and their parents arrived the next weekend to meet Bob, he perked right up. He was a different dog. His tail wagged frantically and if you’ve ever seen a dog smile … well … this one was smiling from ear to ear. Pops figured that Bob must have had kid friends in his old village up north. He played with the children all weekend, followed the kids everywhere, inside and out. They snuck snacks to him, and threw a ball for him and he would tease them by pretending to bring the ball back, and then run away when they got close to him.

When the family left for the city on Sunday, Bob was sad, but not so sad as he’d been before. After that, the children came most weekends. They played soccer with Bob in the back yard until the snow came and then they started ball hockey. Pops cut down a hockey stick for him, so it was smaller, and he ran up and down the driveway. He was right into the game.

After he was stolen, the children worried about him all year. “Where was he? Was he getting enough to eat? Who does he play with?”  Everybody was concerned that their next Christmas would be clouded by memories of him.

So, the next year, when Pops’ cousin offered them his lovely house in Baie St-Paul, they happily accepted. They would go away for Christmas. That might help the kids forget Bob. There was always lots of snow down there and the village was one of the most beautiful in Quebec. The house had a magnificent view over the mighty St. Lawrence River and there was a massive stone fireplace with a chimney going up to the ceiling, two floors above. There were colourful wool rugs in front of the fireplace to lie on, and upstairs there were six cozy bedrooms.

Nan and Pops went a few days ahead and put up the tree. The star on top touched the ceiling. The children were enchanted. On Christmas Eve, their parents and grandparents looked at each other through misty eyes as the children joined in singing Silent Night at the village church.

Christmas Day was filled with presents, music and a splendid turkey with all the trimmings. Afterwards, in the fresh cold afternoon, the family went on a sleigh ride through the woods with two horses. They all snuggled under buffalo robes but still, after an hour or so, everybody was cold. So, they turned for home, looking forward to hot chocolate and marshmallows in front of the fire.

Close to home, the sleigh came to a sudden stop. The road through the village was blocked by the finish line for the annual 50 km. Christmas Day dogsled race. There was a big crowd. Some wore warm coats with ceintures fléchées, red tuques, and snow shoes on their feet. Christmas songs blared from outdoor speakers on the telephone poles. The kids could see their breath as they reluctantly climbed out from under the buffalo robes. Gordon said, “Come on, Pops, let’s get back to the house. We’re really cold.” The crowd were stamping their feet and swinging their arms to keep warm. Harry wondered, “When will this dumb race end?”

Then people started to shout, “Here they come.” The kids couldn’t see through the legs of all the big people, but Rosie wormed her way to the front. Everybody was yelling and clapping. Harry and Gordon struggled to the front, to join their sister. The three of them were leaning out and looking down the track when, off in the distance, the first team came into view. It was hard to see everything. There was steam rising off of the dogs as they came barrelling down the track.

When they got closer, Harry said, “That first dog looks like Bob. Could it be his brother?” Gordon said, “Maybe it is Bob!” And then Rosie yelled, “Oh MY GOD IT’S BOB! IT IS HIM. I KNOW IT IS!” The children began to yell with all their might, “BOB! IT’S US, IT’S US! ”

The huge black and white dog was leading his team with intense power—almost like he was pulling the six others behind him. Further back came two more sleds—rushing headlong toward the finish. The man standing on the back of Bob’s sled was yelling, “MUSH! MUSH!” and cracking a long whip all the way up over Bob’s frost-covered head. He was running like the wind, for he had the great heart of a leader.

Then the children’s shouts distracted him. Out of the corner of his eye, he looked in their direction, hesitated a step or two, then swerved hard to his right pulling the six other dogs after him. The thieving musher was thrown off when his sled tipped over. He was screaming OYE! OYE ! He had a broken leg!

Bob was so wild with joy that he forgot the other dogs behind him and they all ended up in a yipping and yapping mess—happy that their run was finished.

The police were there lickety-split. They quickly figured out that the musher was the notorious dog thief whom they had been after for years. They would return all the other stolen dogs to their real homes. But Bob? They knew right away that he had found his family.

Everybody was crying, even Pops, who never did. After kissing everybody—Nan, Pops, Mum, Dad and the three delighted children, Bob jumped right onto into the sleigh and snuggled deep down into the buffalo robes. The horses pulled them back to the house where everybody cuddled together in front of the fire. They didn’t look at any of their lovely Christmas presents because Bob was the only present they ever wanted.

Before he drifted off to sleep, Harry said, “This is the best Christmas ever.”