“I’m sorry Charlie, I shall not make a Christmas pudding for the Dallaires. They’re very nice, but they won’t like it. The French simply don’t understand English food, you know.” Agnes Rogers, Charlie’s 9 – year-old grandmother, was a war bride from Northern Ireland and had shed nothing of that flinty accent. She was looking… 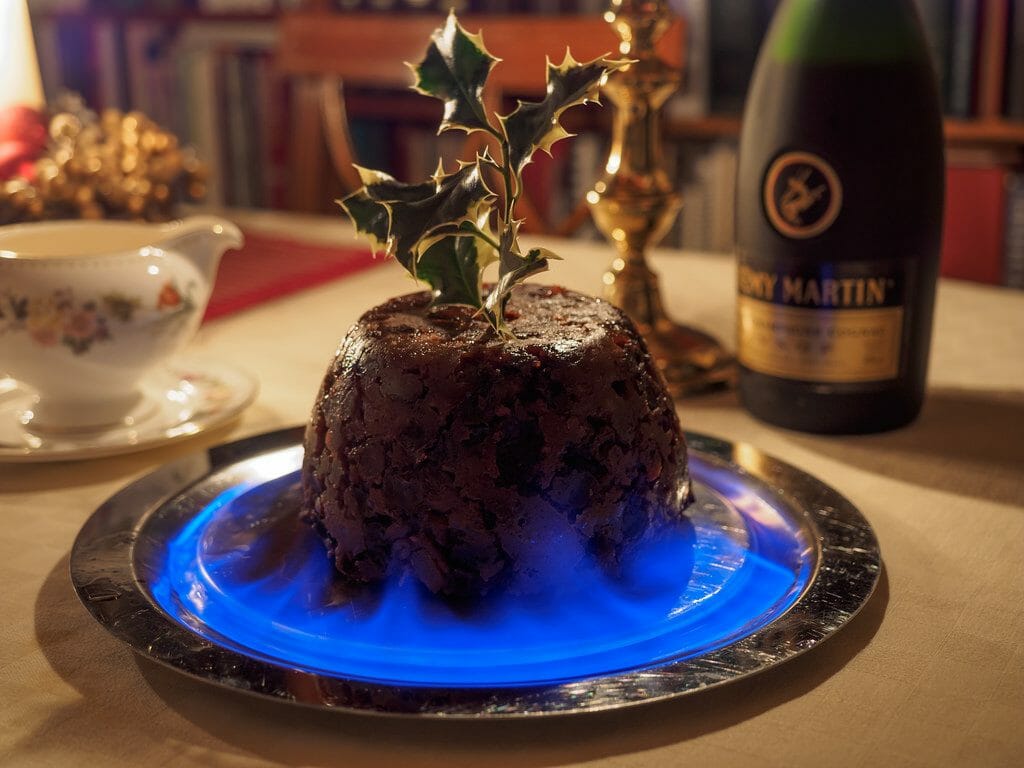 “I’m sorry Charlie, I shall not make a Christmas pudding for the Dallaires. They’re very nice, but they won’t like it. The French simply don’t understand English food, you know.”

Agnes Rogers, Charlie’s 9 – year-old grandmother, was a war bride from Northern Ireland and had shed nothing of that flinty accent. She was looking forward to Christmas in the Beauce but was fretful about having to attend the “Papist” Midnight Mass. It was thanks to Charlie’s wife France, that “Grandmother” had agreed to go to the Dallaire’s place at all and, what’s more, to bring her Christmas “piece of resistance.” She adored France, while strongly disapproving her refusal to marry Charlie and thus legitimize his daughters, Maude and Anouk.

“And what the hell is a conjointe anyway,” she would ask, “It’s just the same as that common-law wife business indulged by the English in Ontario.” Her daughter, Charlie’s mother Ellie, quietly agreed. “How are we to understand that Catholics don’t marry anymore, and still regularly go to Church; while we marry, and do Church once or twice a year?”

The daunting Christmas project arose out of Charlie’s frequent and irritating praise of the Quebec way of doing Christmas. He, France and the girls had gone over there every second year for 15 years. Maude and Anouk, 13 and 11, were openly critical of the “boring” England family tradition. They couldn’t go downstairs to their Christmas stockings until their parents were up. Then they had to wash the breakfast dishes, and go to 10:00 o’clock church service, before getting to the presents under the tree. Finally, they had to dress up again for a late afternoon Christmas dinner, wear silly paper hats and eat flaming, weird-tasting pudding.

How could that compete with a réveillon that featured Midnight Mass followed by presents, all night feasting, and music? Last year Grandmother Rogers laid down the gauntlet: “Oh, all right, if it’s that great, next year we’d better go and see for ourselves.”

Charlie’s father Harold, a tall, angular 72- year old, was a typically laconic descendant of the United Empire Loyalists. His was the eighth generation to farm the hundred acres cleared by his ancestors 200 years ago. Their Guernsey herds had produced grand champions at the Royal Winter Fair in Toronto. In spite of crippling arthritis, he still milked some 20 cows on his own, with occasional help from his wife Ellie and his son Clifford, who was a full-time trucker.

Charlie lived next door but his law practice kept him out of the picture.

France’s ancestors had settled on the Île d’Orléans from Normandy in the mid 1600s. Her papa, Claude, was of medium build, bowed legged like a hockey player, and had a bright, ruddy-faced, smile. He ran 120 Holsteins with a quick, restless energy. The two steel barns sat beneath three shiny blue silos. His crew included his son Robert, a hired hand and his wife Lise, who tended to the paper work. Dallaire bulls had provided for the artificial insemination of herds as far as China.

Lise arranged their sprawling old house to accommodate the entire England delegation. After Charlie’s family, it included Harold and Ellie, Clifford, who was recently separated and scared to death at having sole charge of Charlotte and Henry, his three-year-old twins, and, of course, the doughty and unpredictable Grandmother Rogers who, as a baby, Maude had dubbed “Gaga.” She found that utterly charming until a few years later, when France felt obliged to tell her that in French gaga meant, “crazy.” Gaga immediately decreed, and enforced, her change of name to “Grandmother.”

She and France practised a little French for the occasion.

At one o’clock on Christmas Eve, the Englands set off for St-Odilon in two cars. Grandmother, who had never driven, imperiously directed Charlie from the shotgun seat. Ellie, anxious about keeping her mother in check for two days, refused to go in the same car.

The plan was that everyone would attend the midnight mass at l’église St-Gabriel. It would be celebrated by France’s uncle, Father Jacques Dallaire. Every year he came home from his missionary work in Brazil for Christmas, His homilies, more filled with humourous anecdotes than religious finger wagging, were looked forward by all.

To the dismay the younger Dallaires, this year’s réveillon, would be sacrificed for the England’s Christmas Day routine—an afternoon gift exchange, followed by a five o’clock dinner produced by the Englands.

At four o’clock, 89-year-old Jeanne d’Arc Dallaire (aka Mémère), drove over from her bungalow in the village. She had also prepared a few words with the help of France. After wishing the Englands a Merry Christmas, she complemented “Agnès” on her “very pretty dress.” Grandmother replied, “and a Joyeuxx Noll to you, my dear.”

The old girls sat beside each other on a sofa. Charlie whispered to the twins, “Bet ya those ladies got candy,” and soon there was a twin on each lap. He fetched a glass of champagne for Mémère, and a martini for Grandmother, who was wearing her white cotton “drinking glove,” for insulation against the cold glass. The clucking grannies contently fussed with the “littles.”

By 8:00 o’clock, 28 people were chatting contentedly at the long refectory table that was laden with a smoked ham, a roast of beef, tourtières, cretons, duck legs, warm bread from the oven, tomato aspic, pickled beets, salads, and several bottles of a distinguished Bordeaux offered by Robert. Harold and Clifford were soon happily engaged with vivacious Dallaire women on either side of them. Dessert included ice cream, sugar pie, pets de soeurs, an assortment of cakes and cookies and brandy.

All of a sudden, Claude burst through the front door in a cloud of steam. He announced his secret surprise—that a horse drawn two-seat carriole was awaiting the old girls at the steps. Giggling, the new best friends were tucked in fur robes before setting off, with bells jingling, through light falling snow. “Féérique !” pronounced Mémère, “It’s a fairy tale” exclaimed Agnes, while patting Jeanne d’Arc’s knees. The rest, in cars, followed along up the long hill to the graceful granite church at the top.

The entire congregation, standing along the sides and at the back, watched la famille d’anglais self-consciously make its way to a reserved pew, three rows from the front. The Englands were concerned that Grandmother, who was incapable of a whisper, might share her obsessive concern about crucifixes—“they are so explicit—much too much for the innocent eyes of children, and especially in a church!”

However, soon she was vigorously nodding her way through the Lord’s Prayer, as she recognized that it was identical to her Anglican version. When Father Jacques approached the front of the chancel to preach his homily, he said, “Let us welcome our distinguished Protestant visitors from Derby County.” Agnes caused some confusion by loudly exclaiming, “Why thank you blessed Father!” He acknowledged her with a kindly nod and commenced to preach about the importance of recognizing that all human beings were God’s children and, then, to general amusement — “Even our dear Protestants neighbours, you know.”

At that moment little Henry drew a cell phone out of his father’s jacket, and triggered the loud barking ring that Clifford had set to signal a call from his mother. Everybody froze. In a panic, Clifford snatched the phone back. While he fumbled frantically with the ringer, a terrified Henry scampered into the aisle, up the three steps to Father Jacques’s feet, and ducked under his cassock. “Indeed, I believe that I have never felt so close to a Protestant,” Father Jacques declared to raucous hilarity. France dashed up, gathered her nephew from under a pirouetting Father Jacques, and carried him, kicking and screaming, out the side door.

On Christmas morning, the Englands were up early, peeling potatoes and making turkey dressing and cranberry sauce, while the Dallaires, true to their own tradition, slept until past noon—the only day of the year that could happen.

At four o’clock the clans gathered for drinks once again before moving, all 30 of them, to the table. When the turkey was brought in, Grandmother dutifully declared it to be, “a truly noble bird.”  And indeed it was, at 28 lbs. Harold carved at the sideboard and Lise and France did the serving, and, just like back home, the kids were up for seconds before Harold had served himself.

Grandmother had prepared the plum pudding following the recipe taught to her by her grandmother. It included dried fruits, brown sugar, beef suet, a handful of spices, and eggs, candied citron, and God knows what all. After being soused with the brandy (Grandmother doubled the dose this time, “just to be safe”) it was steamed in a bowl wrapped with cloth for seven hours, and then set upside down on a plate. Grandmother passed it on to Charlie for six weeks of aging. Predictably, he added his own liberal dousing of brandy before delivering it to the Dallaires. Claude, in turn quietly spiked it before serving, “pour être bien certain.”

Prior to the pudding’s entrance, everyone crossed hands, pulled crackers and donned the coloured paper hats inside them—not easy for the proud Dallaires. Charlie went out to the utility room to give his father-in-law a hand. Just to be sure, they gave the pudding another shot, and Claude struck the match. There was a loud POOF, like an underground explosion, and flames rose to the ceiling. Claude and Charlie were bent with laughter as Claude reached into the clothes washer behind him and blindly pulled out a thong. “Tabouère,” he choked through tears, and pulled out a large brassière/corset contraption that he pressed down over the flames saying, “pardon, moman.” They then pulled themselves together, patted the pudding back into shape, gave it another quick hit of brandy, and relit it.

Lise photographed Claude carrying in the pudding, followed by Charlie lustily singing, “We Wish You a Merry Christmas,” and everyone singing along, whether they knew the words or not. Ellie served up the pudding with dollops of hard sauce, and everyone tucked in. The children enjoyed the bûche de Noël, which was being held in reserve.

The great-grandmothers had seconds. Chairs were pushed back, smokers went outside and Ginette Reno’s Christmas album lofted her rich contralto voice across the room. Mémère cried, “Agnès, vient, come on wit me, we will dancez at tis toune, c’est “Promenade en traîneau. It is for horses and the jingle bell.” Grandmother joined her, ‘Why Gene Dark, I know that one. We call it, “A Sleigh Ride Together with You.” Clutching each other, and still in their hats, they waltzed about easily, soon to be joined by others. As the wood stove pumped heat into the room, faces reddened, jackets and sweaters were shed, and dishes were cleared and washed, everybody, out of synch and out of tune, joined Ginette in singing “Jingle Bells” several times…

By eleven, Father Jacques was wailing away on his mouth organ, with tante Odette on the accordion and, a newly arrived oncle Clément, on the fiddle. Clifford who had not laughed since the departure of his wife was beaming broadly while being led around the floor by a fetching Dallaire cousin.

The Celtic reels were as familiar to the Englands with their Scots and Irish heritage as they were to the Dallaires, a 400 years out of Normandy. Harold England, still with his hat on, joyously step danced for the first time that anyone could remember.

Driving home on Boxing Day, Ellie and Harold enjoyed a happy postmortem, reviewing scene after scene, with chirpy interruptions here and there by the girls. Grandmother said quietly, “It’s going to be quite a challenge for us next year.”