The Colour of Baseball

[SUMMER 2018] By Heather Darch Arguably one of the best sounds in all sporting events is the crack of the wooden bat when a player connects with a fast-pitched baseball. Stadiums have microphones positioned behind home plate to capture that unmistakable and satisfying sound. Since the nineteenth century, these sounds have resonated across the Eastern… 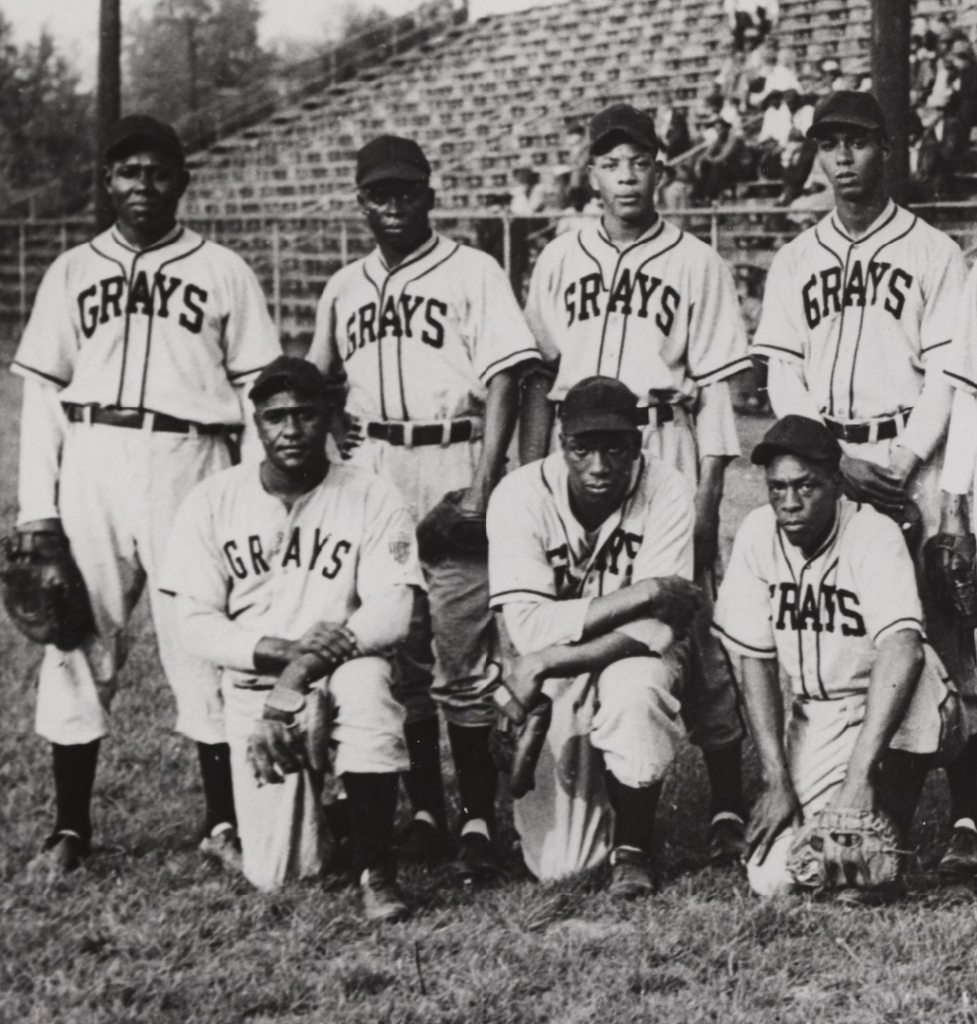 Arguably one of the best sounds in all sporting events is the crack of the wooden bat when a player connects with a fast-pitched baseball. Stadiums have microphones positioned behind home plate to capture that unmistakable and satisfying sound. Since the nineteenth century, these sounds have resonated across the Eastern Townships in the hometown leagues that still hold their games on warm summer evenings. The village of Stanbridge East for example, has had a baseball team since 1920 and to this day, the community enjoys games with other towns during the summer months.

Most enthusiasts recognize the sport as all-American and honour a decision made by a commission in 1907 which stated that the modern game of baseball was invented by Abner Doubleday in Cooperstown, New York in 1839. Historians on the other hand believe that the game has its ties in bat-and-ball games originating in England. It is a matter of record that English school boys played a game called “Rounders” with similar rules in the early 1700s. Even Jane Austen references “base ball” in her novel Northanger Abbey written in 1798. Different variations of the game were played in early eighteenth century New York, Philadelphia and Massachusetts but eventually, the sport we recognise as such appeared around the 1830s.

Baseball received a standard set of rules in 1845 when the “Knickerbocker Baseball Club” in New York City was organised. Vassar College formed the first women’s team in 1866 and the “Cincinnati Red Stockings” were the first club to pay players in 1869. It’s safe to say that baseball is America’s game.

Although not embraced in Canada with the same fervour as hockey, baseball nevertheless became popular. The origins of baseball in Quebec start in the 1860s with people playing Rounders on the Champ de Mars in Montreal; by 1871, the city’s first baseball club was founded. In the first half of the twentieth century, baseball spread throughout Quebec and became better organized as stadiums and parks were built and leagues were formed.

From 1912 to 1917, and then from 1928 to 1960, Montreal had an International League team, one level down from the Major League called the “Montreal Royals.” In 1946, the Royals became the first team to break the colour barrier in professional baseball with the hiring of the great Jackie Robinson. Prior to this significant date, Major League Baseball only accepted white baseball players. African-Americans were forced to create their own professional leagues known as the “Negro Leagues.” When Jackie Robinson played for Montreal, baseball was forever revolutionised.

The odious racial barrier was crossed in the Townships too, albeit much earlier thanks to the rural “out-law” Class C Provincial League. The Provincial League was launched in 1894 and operated sporadically and outside the control of organized baseball. As it was not recognised by Major League baseball, it had no restrictions on hiring black players from the Negro Leagues who helped to field teams. In fact, the Provincial League sponsored an all black team in Montreal called the “Black Panthers” in 1936 and 1937; its roster filled by American teenagers. Townships’ teams included the Farnham Pirates, the Granby Red Sox, the Drummondville Cubs, the Sherbrooke Athletics and the St. Hyacinthe Saints. The first black player to play in Canada was Alfred Wilson who was a pitcher for Granby in 1935.

In 1951, the Farnham Pirates hired Samuel Howard Bankhead (1910-1976) who played most notably for the Negro National League’s “Homestead Grays” of Pennsylvania. Bankhead made history when he became the first African-American manager for a Minor League team in white organised baseball. The Pirates went 52-71 that year, finishing 7th in the eight-team league. Among the names on the roster of players in 1951 is catcher Euthumn “Eudie” Napier (1913-1983) who also played with the Homestead Grays. It is interesting to note that Sam Bankhead’s younger brother Daniel was the first African-American pitcher in Major League baseball.

In the 1950s, the best black players started to be recruited into Major League baseball resulting in the last of the Negro Leagues’ teams folding in the early 1960s. The Provincial League struggled financially as well and was all but disbanded by 1955. Thanks to the groundbreaking Provincial League however, baseball continued to be a popular and diversified sport in the Townships.