I hope you are all doing well in these difficult and unknown times. For more than seven weeks now, the world as we know it has stopped functioning, both from a personal point of view and in terms of economic and collective activities. The same is true for your coop’s operations. Before the pandemic As… 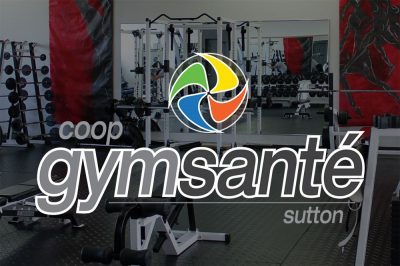 I hope you are all doing well in these difficult and unknown times. For more than seven weeks now, the world as we know it has stopped functioning, both from a personal point of view and in terms of economic and collective activities.

The same is true for your coop’s operations.

As you know, the financial situation of the Coop gym santé Sutton has always been precarious. This year, until February 29, 2020 that is, was our best financial year ever, having even generated a slight surplus. This was made possible thanks, among other things, to the active participation of more than 30 volunteers. However, we did not have any cash on hand to absorb a hard blow of the magnitude of the total shutdown of our activities due to COVID-19.

From early March till June 30th, we had planned to once again organize the fundraising activity « Le Gym, ça marche » and, as in the previous five years, sell advertising space to our Sutton merchants. These two initiatives, which should normally generate revenues of more than $10,000, have been abandoned because of the prevailing situation.

We had also planned to organize, in September, the fourth edition of our other fundraising activity, the « Défi Sutton Challenge », which would also generate a large amount of money needed to continue the coop’s activities. However, this event is also in jeopardy.

We still do not know when public health and government authorities will allow training centres to resume their activities.

We already know that resuming our activities will take place under many constraints and will probably be spread over several months: physical distancing, hygiene measures, restriction of the number of persons present at the same time at the gym, etc.

It is plausible to foresee a very slow return to normal for our activities at the gym, return probably spread over a long period of time, which will undoubtedly significantly limit the income generated during this period.

We were able, with the available cash flow, to pay the GST/QST amounts and government remittances of source deductions related to wages; we were also able to pay the salaries owed to our employees. However, since the coop has not received any income since mid-March, it has not been able to pay several suppliers: rent, Hydro-Québec, etc. To date, we have an accumulated amount in excess of $5,000 owed to various suppliers.

The federal and provincial governments have set up several business assistance programs. These programs offer loans on favourable terms, but must necessarily be repaid. Your coop’s board of directors considers such loans to be unsustainable as they would increase the debt burden and our future costs. This decision is also based on the fact that we already have loans outstanding with a financial institution in excess of $14,000, which is close to the maximum borrowing capacity under the coop’s by-law to limit borrowing to $15,000.

The Board of Directors is of the opinion that if, in the next four weeks, the governments do not set up programs offering non-refundable grants for restarting businesses, or that otherwise we do not receive donations from patrons meeting the cash needs, the Coop gym santé Sutton will not be able to resume its activities.

If the Coop gym santé Sutton is unable to resume its activities within the next four weeks, we will inform you of the options available to subscribers with respect to their membership contract. We remind you that the Office de la protection des consommateurs holds a $20,000 deposit from the Coop.

We will keep you informed shortly on the evolution of the situation surrounding the future of your coop.