“Dancing is creating a sculpture that is visible for only a moment”- Erol Ozan After a second successful season, Sutton’s classical ballet school is seeking new horizons by setting up a number of classes. The ballet school is headed by Anastasia Usenko and supported by long-time professional ballet dancers and teachers such as former National… 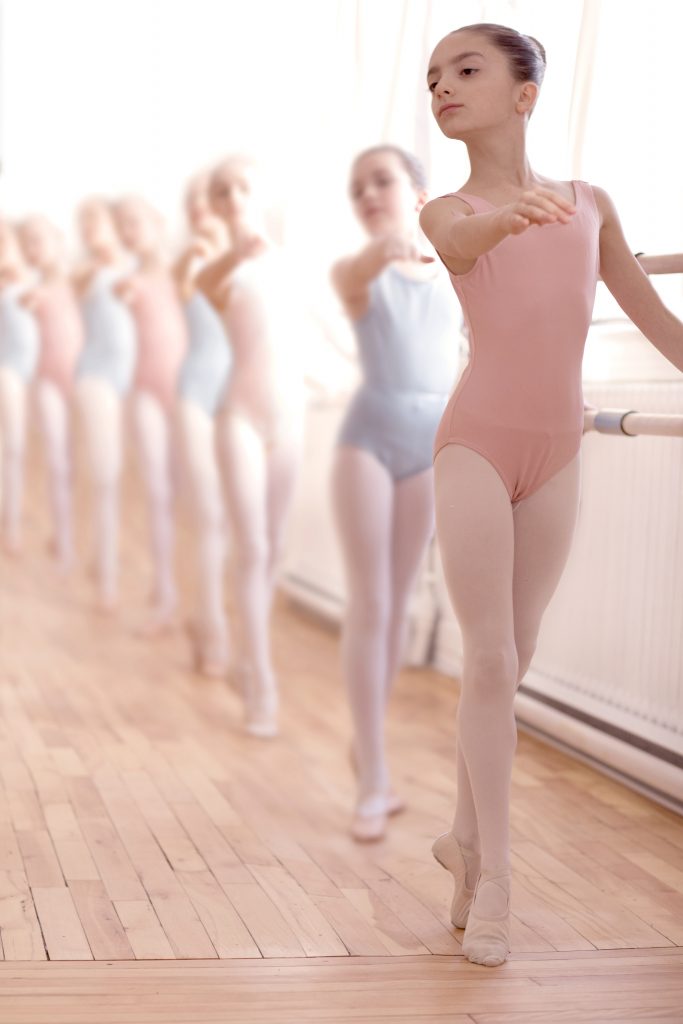 After a second successful season, Sutton’s classical ballet school is seeking new horizons by setting up a number of classes. The ballet school is headed by Anastasia Usenko and supported by long-time professional ballet dancers and teachers such as former National Ballet of Canada dancer Yves Cousineau who offers professional advice at Anastasia’s classes. They work well together and a shared enthusiasm is palpable as they discuss future classes in the studio with its wall-to-wall mirrors and black-and-white posters portraying ballerina stars like Anna Pavlova.

Situated in the heart of Sutton, Anastasia’s ballet school is attracting parents from various parts of the Townships like Frelighsburg, Knowlton and Dunham because of the diversity of its classes and the emphasis it places upon posture, inner and outer balance, as well as discipline rather than entertainment. “We are not a daycare,” said Anastasia. “This is a new ballet school that teaches all the rudiments of classical ballet dancing to children.” Case in point: Dashiele Haskin is a mother of three who does the Sutton-Dunham commute on a weekly basis. Her two daughters, aged three and six, attend ballet classes assiduously while her eight-year-old son participated in last year’s production of The Nutcracker. Haskin credits Anastasia’s work with a number of her children’s accomplishments. “This place schools them about discipline, the rewards of working hard and seeing tangible results. My kids did the rounds of other ballet schools and didn’t feel like they taught classical ballet,” she said. “On the flip side, my children can take ballet seriously here.”

Anastasia insists upon discipline because it affects so many aspects of a student’s life. Discipline helps children understand how to function in society as well as in the classroom. Completing homework or learning punctuality is part of the lesson. Cousineau agrees. “You have to get the kids to concentrate and to focus. For example, they are often asked to remember what they did at the last class in order to incorporate the movements into the next one,” he said. He paused for thought before positing that ballet subscribes to its own particular mentality. “You have to train your body as an instrument,” he added. “In this respect, you have to learn the alphabet of dancing in order to progress from words to phrases to sentences.” In other words, you have to master the positions before developing movements that will eventually combine into a dance routine. It can be hard, gruelling work.

A number of new classes have been launched to motivate students to pursue their love of ballet but to also push themselves to work hard. For example, a new class titled Solfège teaches the basics of music theory. Students learn to pick out elements of a musical piece including rhythm, pitch and the musical scale. Although it may sound easy, the discovery can be an eye-opener for a child not accustomed to music played in the household. In addition to the Solfège class, Anastasia has introduced an annual exam which she perceives to function as a motivational strategy. “The exam was created to help motivate the students to want to graduate from one level of dancing to another,” she said. “By seeing what older students can accomplish, the younger members of our school will strive for more ambitious goals.”

Anastasia never seems to stop. These days, she is hard at work preparing the 2017-2018 teaching calendar with registration planned for June 4. But the gem of these pre-season activities will be a fund-raising event to be held at the magnificent Chapelle Ste-Agnès Vineyard on Saturday, May 27, from 4 to 7 p.m., a unique opportunity for lovers of classical arts and architecture to gather in that most picturesque setting in support of l’École de Ballet Classique de Sutton, a classical human architecture endeavor of its own.

The goal is to help finance the 2017 production of Tchaikovsky’s The Nutcracker, to be staged at Theatre Lac Brome in December. Visit the school’s Facebook page for details at https://www.facebook.com/BalletClassiqueSutton/