The program is set for the second annual Knowlton Film Festival (Festival du cinéma Knowlton) taking place at Theatre Lac Brome, August 22 to 25. Some 15 features, assorted shorts, workshops, round tables, press conferences, cartoons for kids and a short film contest are all part of the agenda for an event that debuted last…

Some 15 features, assorted shorts, workshops, round tables, press conferences, cartoons for kids and a short film contest are all part of the agenda for an event that debuted last summer as a unknown entity but captured the imagination of local residents and tourists alike.

The compact four-day celebration opens Thursday with the thriller The Hummingbird Project, by Montrealer Kim Nguyen, starring Jesse Eisenberg, Alexander Skarsgard and Salma Hayek. Producer Pierre Even will be on hand to present it. It ends Sunday afternnoon with Marc Séguin’s Quebec agriculture documentary La Ferme et son Etat. He will talk about changes in the farming model by a new generation. 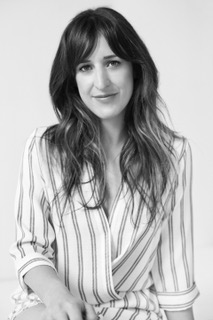 In between, more documentaries, films about art, guitars,  tennis and wine; a First Nation film; the 1940s classic Casablanca; and La Femme de mon frère, Anne-Elizabeh Bossé’s debut feature. Anne-Élizabeth will discuss the joys and tribulations of being a star.

« We are very happy with the films we have this year, »  said dynamic co-founder Michèle Bazin recently. « They continue to reflect the eclectic original intent of the Knowlton Film Festival, offering something for everyone, often with subtitles for both French and English audiences. »

The wide stylistic swath includes actor-director Vincent Perez’ Seul dans Berlin, with Emma Thompson, in French; The White Crow, with director-star Ralph Fiennes; and Grand Cru, a documentary about the devastating 2016 French wine season. It will be preceeded by a tasting at the Theatre.

McEnroe: In the Realm of Perfection, profiles the tennis great; The Brink, does the same with white nationalist and former Trump advisor Steve Bannon; Carmine Street Guitars, looks at the old-school New York guitar shop; and Amazing Grace, is a recently-released concert film from Aretha Franklin’s glory days.

Jacques Godbout will talk about his classic Quebec profile Alias Will James; A Film About Kids and Music, is set in Spain; and Claude Hamel’s Territoire Ishkue: Territoire Femme is set in our far north.

Shorts include two from Nadia Fortin; Yanick Nézet Ségin: No Intermission; Pénélope, by Michel Larocque; and Maledictus, the latest from short film wizard Izabel Grondin. Speaking of shorts, three winners of the first-ever $3500 Short films Contest, will have their films open the festival. They and all other entries screen Saturday afternoon. Live events include Friday’s discussion of their careers with three Quebec female filmmakers; a chat with Sébastien Moreau, of FX Rodeo special effects studio; and La Domaine des Fougères, a talk and screening with local resident Claire Léger and her remarkable gardens.

« There is lots to do getting ready for the festival, but I’m used to it, » said culture industry veteran Bazin. « And we are more organized than last year. Also, it’s easy to be  enthusiasttic when all the films are so inspiring. » For everything you need to know about the festival program, schedule, prices and location, go to festivalcinemaknowlton.ca.