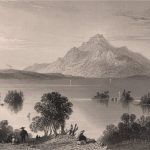 In 1904, a sixteen-year old Tom Eliot, while camping on the shores of Lake Memphremagog, climbed Mount Orford and wrote a poem about his adventure. It’s not a good poem! As Dr. Philip Lanthier commented, “There was no sign here of the genius that would produce, a mere seven years later, the subtle ironies of “The Love Song of J. Alfred Prufrock.” Even so, at the top of the Townships, T.S. Eliot, a future Nobel Prize winner, and one of the most influential poets of the 20th century, found inspiration.

The same can be said of the many poets before and after Mr. Eliot’s hike up the mountain.  The pastoral landscape of this region has influenced an extensive collection of poetry. An additional impetus for the many poets who lived or frequented our region was the presence of academic institutions including Bishop’s University founded in 1843. With scholarly support, poets have had a place where they could study, write, and publish.

The early school academies that dotted the Eastern Townships in the 19th century, were also supportive in their encouragement of learning and appreciation of poetry. Academies were established by American settlers who wanted the familiar institutions they knew in the Thirteen Colonies. Rejecting the classical Royal Institution schools regulated by the Anglican clergy, they opted for an education model that copied the practical structure suited for rural communities; most were staffed by American teachers. The populist academies taught the 3R’s, bookkeeping and land surveying, but also introduced music, art, and poetry.

The Stanbridge East Academy (1854) was a focal point for some extraordinary literary activity. Poetry received “due prominence” in the community as the teachers led the students carefully through poetry lessons and encouraged public recitals. Numerous students appeared in local newspapers and some, like Erastus Chandler and Seraph Thomas, were published poets.

Local poet Julia Bugeia said that her Stanbridge Academy teachers “instead of scorning rhythm, rhyme and metre led us carefully through those lessons, seeking to lay a sure foundation for the poem by special training in good English construction, and by directing our minds to the best in general literature. As the “poet is born, not made,” they could do no more. That our school produced no great poet is not the fault of its teachers!”

She may have been right in suggesting that not all poetry composed in the Academy was necessarily brilliant. Take for instance the cheesy poem of the future judge and politician William W. Lynch (1845-1916) who waxed eloquent about cheese from Simon Cornell’s general store:

Indeed it was a cheese exceeding nice;

So that six ounces scarcely did suffice

To quench the appetite that in me raged

For cheese possessed of such a dear old age.

Judge Lynch’s poem aside, poetry was and is vibrant in the Eastern Townships. From influential 20th century poets such as Ralph Gustafson (1909-1995) to the talented and emerging poets published in journals such as “Taproot: Poetry, Prose and Images from the Eastern Townships,” the landscape of this beautiful bucolic region continues to inspire and allow poets to express their joy of words.

More Poetry Please : The Eastern Townships As a Source of Inspiration 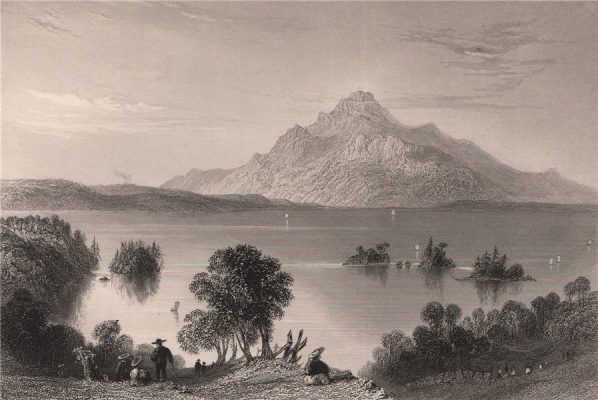 [SUMMER 2020] By Heather Darch In 1904, a sixteen-year old Tom Eliot, while camping on the shores of Lake Memphremagog, climbed Mount Orford and wrote a poem about his adventure. It’s not a good poem! As Dr. Philip…
Si vous aimez, svp partager! If you like this, then please share!