In the spring of 2018, my husband Wayne and I were offered a long tap-dancing contract for the fall in Seattle at Teatro Zinzanni. As I had been on the transplant list and undergoing home peritoneal dialysis, 9 hours nightly for just under 2 years, I did not feel I was physically up for such… 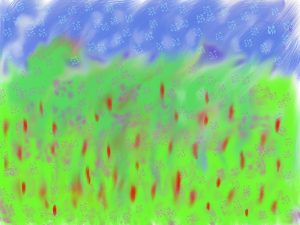 In the spring of 2018, my husband Wayne and I were offered a long tap-dancing contract for the fall in Seattle at Teatro Zinzanni. As I had been on the transplant list and undergoing home peritoneal dialysis, 9 hours nightly for just under 2 years, I did not feel I was physically up for such a contract. I did however counter offer to write, co-direct and for Wayne to create the choreography. Although this arrangement meant that we’d only be away 1 month, I found it a bit of a gamble as far as being available for transplant. My employer Reenie said, “What I hope happens is that you direct with me and when you get home you get the call”.  Then, I said jokingly, “Well, that would be great, but at least give me a few weeks to recover from directing.” So off we went to Seattle, created a great show and came home.

A few weeks later, Reenie called to give us an update on the show and asked me how I was doing. Very rarely had I complained about waiting for a kidney, but this particular day I answered, “I’m OK, but I’m really ready for this kidney thing to happen.”  I missed working.

After Reenie’s call, I went up onto the roof to help Wayne clear off the snow.  I’ve always hated shovelling the roof but that day I appreciated the snow and its beauty. When we were done, all I could think of was making a strawberry smoothie… I was so drained. 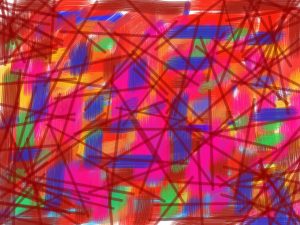 As soon as we stepped into the house, the phone rang – it was the hospital. The first thing they said was, “Do not drink or eat anything, we have good news, we have a kidney for you, do you want it?” In shock, I asked what information they had on the donor. He (she) was my age, smoked a half a pack of cigarettes a day, and had died of cardiac arrest. There is a difference between a ’cardiac death’ and a ‘brain death’. With a brain death the kidney usually starts working right away after the transplant while with a cardiac death it could take up to 3 months before the kidney starts working. I would then have to be on blood dialysis at the hospital 3 times a week until it starts working, “if” it starts working. The quality of the kidneys is the same once they start working.

I was not sure what to do. I asked if I could talk to my husband about it. They said they would call me back in 10 minutes. This was one of the things I was dreading… deciding whether this was the right kidney for me. We were not sure. I had more questions. When the resident called back, I asked to speak to the head nephrologist. I mentioned to her that one of my doctors had said that at my age, I should go for a ‘Cadillac’ kidney. She did not seem to agree with the analogy and said there was no such thing as a ‘Cadillac’ kidney. The way she assessed it, it was on a scale from 1 to 10. She said that she barely ever sees a 10/10, rarely sees a 9/10 but sees many 6/10’s and she rated this kidney an 8/10. I asked her if she would take this kidney if she were me and she said she thought she would. I decided to go for it. She said to get to the Sherbrooke hospital as quickly as possible.

Total panic ensued. Both Wayne and I were running around like chickens with our heads cut off. Wayne was going to stay at the hotel so what to pack? We had to prepare the house for our absence. For how many days?

It was snowing and the end of ski day in Sutton, so a bit of traffic…neither of us not saying much on the way there – we were both pretty freaked out. We got to the hospital at around 5:30 p.m., were assigned a room and met with the resident. 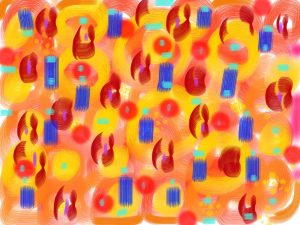 She informed us that I was to be prepped for surgery but there was a chance it could be cancelled. This was something I was unaware of. Because as mentioned earlier, there is a difference between a cardiac and brain death. In both cases, the donors are plugged into machines to keep the organs viable. Once the family has had the time they need to say goodbye, the donor is unplugged and dies naturally. With a brain death, the patient usually dies within minutes, with a cardiac death it could take a few hours. After one hour, none of the organs are useable.

So Wayne and I waited. He climbed onto the bed beside me, we lay there together waiting, and holding hands, wondering what was going to happen. It was one of the sweetest moments I will always remember and cherish.

Finally at 1 a.m., we’re informed that the kidney was on its way from Montreal.

At around 2 a.m., an orderly came to wheel me down to the operation block with Wayne walking next to me. I was greeted by the prep team and asked to sign the consent form.  They looked like a gang of young rappers dressed in their oversized op gear. There was no going back. I was really scared but tried not to show it because I didn’t want Wayne to worry. I wanted to tell him how much I loved him and if anything went wrong, I’d had a good life and the happiest times with him. But somehow, I could not manage to get the words out, and the team was waiting. We had had all that time waiting and I hadn’t said it then either. The time never seemed right and deep down I didn’t want to admit I was thinking that way.

As they rolled me away, Wayne later told me that he’d never forget the look on my face – I guess I was not that great at hiding my fear. The operating room was cold and I couldn’t stop shaking so they brought me a warm blanket that felt so good. Next, the young anaesthesiologist leaned over and, with the most beautiful caring eyes, looked deep into mine and said to picture a beautiful place because, she said, “many people have beautiful dreams”. I pictured walking in the Sutton forest with Wayne. The next thing I remember was waking up in the intensive care unit. The doctor I had spoken with about the kidney was there. She had promised she would see me after the surgery and she kept her promise.

I was told that although the operation had gone well, it had taken longer because of my stature, my own kidneys enlarged due to cysts (they remain inside me), and the donor kidney was much bigger than average that, according to the doctors, is a good thing. My feelings were mixed at this point as I didn’t know if it had been a success. The first good sign was that urine was being produced – blood tests would reveal more. The blood tests got better every day until they said dialysis wouldn’t be required…for now. That was a big relief. The truth is ‘tho, a lot can go wrong and it takes a year before they can declare the transplant a complete success.

So far so good.  I was happy and the doctors said I could not ask for better. During the 7 days in hospital, I didn’t go online or watch TV. I took the time to reflect, write, listen to CBC radio, and paint on my iPad. This is when I started to get really emotional about the total stranger who had changed my life. All alone in my room, I would just start crying, thinking of the loss of this very generous person’s life. I didn’t know if it was a man or a woman, who he or she was or how sad their friends and family must be. My imagination went wild trying to imagine who this person was. I’d place my hand on my new kidney thanking this person, trying to make this new organ feel welcome in my body. To think I have a piece of someone inside of me was and is beyond surreal. In some ways it feels really primitive, sci-fi-ish.

I think that probably years from now when we are able to grow our own organs it will seem crazy. The incredible organ donation system will be particular to our time in history. Future generations may never know just how incredibly generous we have been as a society with this program and I think we should be very proud of it. This basic human gesture of giving has nothing to do with money. In a time when we are so attached to our phones and social media and where there is less and less physical contact in our society, this is the complete opposite – it is the most selfless physical gift that exists. I am so very grateful to have experienced this phenomenon and would like to find a way to honor my donor, their family, friends and the whole transplant system… more to come on this in the future.

Finally, I would like to say how grateful and thankful I am particularly to the Quebec health system and to the CHUS in Sherbrooke. I loved all my nurses and doctors and felt like I was, and still am, under the best care. The pharmacy in Sutton have been so helpful, being on top of all my medication adjustments and delivering them to my door! Also, my friends and family, for their support, phone calls, visits, flowers, Sudoku, socks, roast chicken, soups, dhal, croissants and cookies.

Furthermore, I would like to praise my father who has been a very supportive role model, while always keeping a positive attitude. He waited 10 years for his kidney transplant and has had 2. The first of which did not take and the second one that did and is working very well. He now has 4 kidneys!

And last but not least, a huge thank you to my super hero husband Wayne. I think it might be even harder for him than for me as he constantly is there for me, worrying, winter driving back and fourth to Sherbrooke 3 times a week, staying at the hotel when I end up being admitted after a regular appointment because of complications and additional surgeries. Picking up all the slack at the house; cleaning, washing, shovelling, cooking, taping movies for me as I recover on the couch for weeks on end! I miss “dancing » together. Hopefully soon, and better than ever!

Thanks for reading. Please consider being a donor. It saves many lives.