In the early nineteenth century, most of the immigrants to the Eastern Townships were from the British Isles. The end of the Napoleonic Wars (1799-1815) saw an enormous number of men looking for work at the same time employment opportunities were stretched, work conditions were poor, the Corn Laws forced the price of bread upwards… 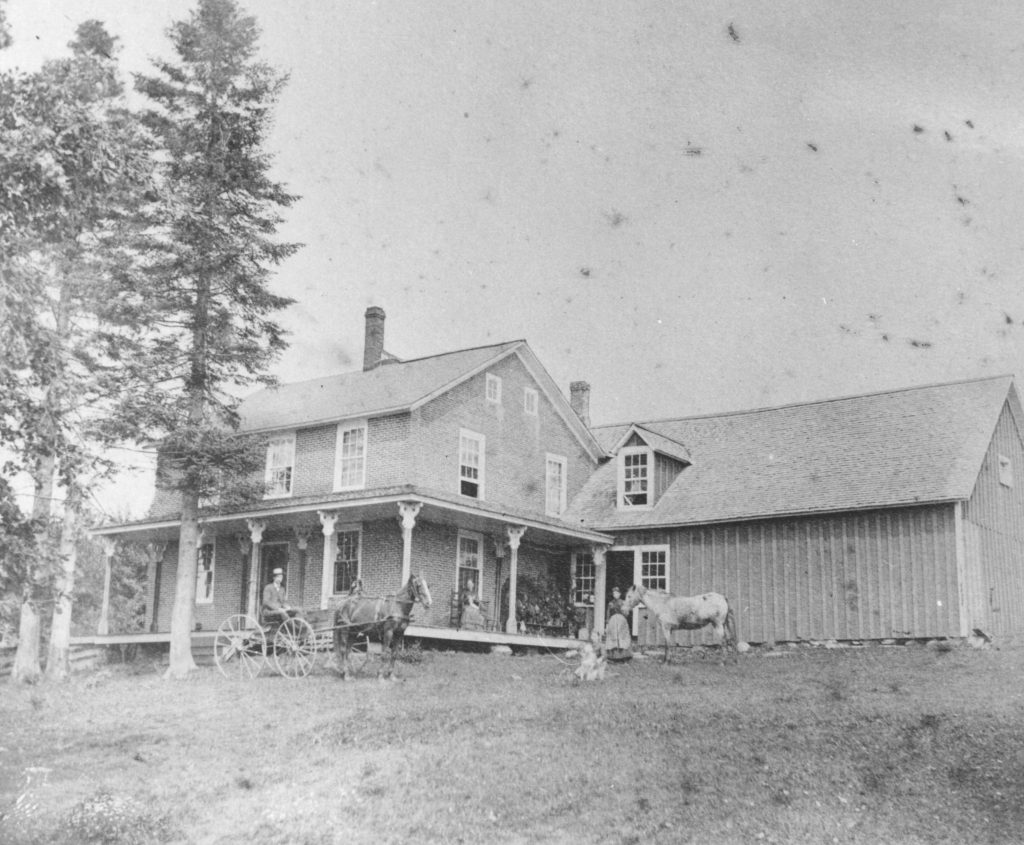 In the early nineteenth century, most of the immigrants to the Eastern Townships were from the British Isles. The end of the Napoleonic Wars (1799-1815) saw an enormous number of men looking for work at the same time employment opportunities were stretched, work conditions were poor, the Corn Laws forced the price of bread upwards and food shortages threatened the vulnerable poor. Many people had no choice but to emigrate. This early immigrant movement reached its height in 1819 when over 24,000 people left England “practically all for Canada.”  Among this wave of newcomers included a number of families from Nottinghamshire, England who settled near Dunham and Frelighsburg, Quebec. This group included the Golland, Staniland and Lee families.

James Lee (1806-1864) settled near Frelighsburg and married Hannah Staniland (1811-1875). By 1837 they had prospered in their new home to the point that they were able to take a long-planned trip “home.” While it was not unheard of for immigrants to return to their native soil, it was indeed a rare occurrence. For most, finances would not allow such a voyage to happen. 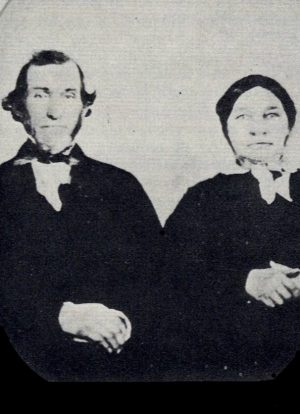 James and Hannah were a sensation in the neighbourhood as word spread of their impending holiday and well-wishers came to see them off and lamented they were not going with them. The journey took five months and during that time, James never missed a day of writing in his diary. We know from his steady penmanship that they, along with their friend J.G. Golland, left New York for Liverpool on May 16th 1837 on the “Europe” a 600-ton sailing ship. They took their clothes for the journey and their food rations of “1½ bushels of potatoes, two 4-pound hams, 40 pounds of biscuits, 20 pounds of flour,” and 6 pounds each of raisins, sugar, rice, and butter.

Landing by mid June, they travelled to the market town of Retford where Mr. Golland surprised his sister who nearly “fainted away.” Taking leave of their friend, James and Hannah continued on their journey and found astonished and delighted family members. James recorded that “Everything I could see… I could immediately recognise as if I had never been absent from England one day.” The Lees found their relatives little changed as well except for some who had “lost their speed.” They recalled bygone days with their kin and James recorded that “sometimes we were laughing and sometimes crying and sometimes between both.”

One of the highlights of the visit included going to London to see the newly crowned Queen Victoria. “She passed within four feet of me,” James wrote. “I consider her a very pretty young woman, very light complexion, and rather under middle size, her age is about eighteen.” Voicing his approval, he added “I must acknowledge I like the looks of her.”

As the summer ended it was time for the Lees to make their way back to Frelighsburg. Parting from their family was difficult and James wrote that he doubted he would ever see them again “in this World.” He also wrote, “I think the odds are against me ever visiting England again as I feel satisfied now,” and “If we arrive safely home again we shall stay.”

Their passage was booked on the “Toronto” at the end of August 1837, but unlike their smooth voyage in May, this trip was a perilous crossing. “Everyone was sea sick, the sea itself tremendous high and the sky a very threatening appearance, it is impossible to get along without clinging to everything, it seems as if we would roll over sometimes, and the sea constantly flying over her and striking with such violence, enough to break her in pieces.”

After 61 days they arrived in Quebec where they still had to find a ship to Montreal and then transportation to Frelighsburg.  All along the route, they saw people who had “almost given us up thinking the Great Deep had swallowed us.”

Trips home for immigrants became more common after the late nineteenth century when ship travel was quicker and cheaper but James and Hannah fulfilled a dream that only a few could imagine in the 1830s. He ended his diary by saying “I have never been sorry I took this journey.”