New Life for the Old Mill

Decades ago, places like The Old Mill Bar located in the community of Stanbridge East, Québec, were a mainstay of rural village life. The local bars in the small communities that dotted the Eastern Townships had unique qualities all their own and were a home away from home for some. Citizens convened there to shoot…

Decades ago, places like The Old Mill Bar located in the community of Stanbridge East, Québec, were a mainstay of rural village life. The local bars in the small communities that dotted the Eastern Townships had unique qualities all their own and were a home away from home for some. Citizens convened there to shoot the breeze, swap advice and pass on town gossip over drinks. Along with the general store, the bar was a place where people could mingle and establish community. 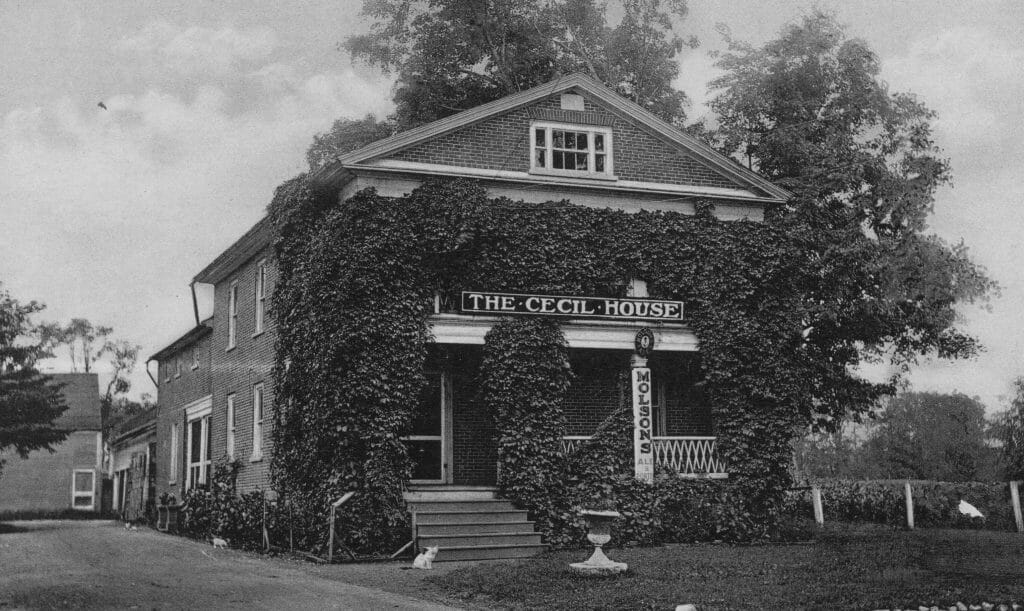 The Old Mill Bar sat conveniently at the entrance to the village and next to the Rivière-aux-Brochets. It was originally a private residence built in 1849 by tanner Ebenezer Martin. Later the fine red-brick home was owned by the Eaton family and then by Walter and Gladys Corrigan. In 1924, the home was sold to local entrepreneur Ernest Hungerford who turned the residence into a hotel and bar called The Cecil House. The photograph of the building dating from that era shows an ivy-covered establishment with a front porch where patrons sat out on warm summer nights and a gas pump out in front for the increasingly popular Model T cars that passed by its front door.

The Cecil House was sold again in 1926 to Albert Audette and one year later to Achille Gariépy. By 1931, Charles E. Deschamps owned the business and operated it for over 20 years. Under his watch, bedrooms were added to the south end of the building to accommodate the increasing numbers of holiday travellers through the region.

In the 1950s, The Cecil House changed hands again and Roger Gladu became the new proprietor who changed its name to the Old Mill Hotel to reflect the fact that the building overlooked the Cornell grist mill (now the Missisquoi Museum).

By the 1960s, the named changed once again to the Old Mill Bar as the business had by then, ceased to be a hotel. Before the bar closed in 2014, the last proprietors included Guy Laflamme, Steven Broeckaert, and finally Jeanne-D’Arc Paquette and James Greenwood.

Waxing eloquent in his recollections of the Old Mill Bar, village resident Guy Martindale reminisced that « the old Hotel witnessed many pleasant events of socializing, card games, euchre, 500, poker, wedding and shower parties, and dances. It also saw « a bit of « rowdyism » to liven up the monotony, » and looked kindly on those who just liked to « sit and quaff a few beers while enjoying a visit with a long forgotten friend. »

While local taverns still exist in the Townships, their numbers have dwindled. Perhaps it’s due to the fact that people no longer work in the same community as their local bar and they socialize with work colleagues before returning to the community where they live. Theorists muse that bars require users and watchers or a balance of stable regulars and newcomers. A bar with longevity will have people who just sit and watch, who are there all the time, and folks who just pass through as tourists and visitors. Without that balance, bar culture diminishes and ultimately, the bar shuts its doors.

The Old Mill Bar certainly created a community over the years. It also created its own gossip, heroes and villains, love stories, fights, celebrations and beer-soaked memories. When it closed, the community lamented. As one person said, « When a bar shuts, and its history ends, it hurts. » 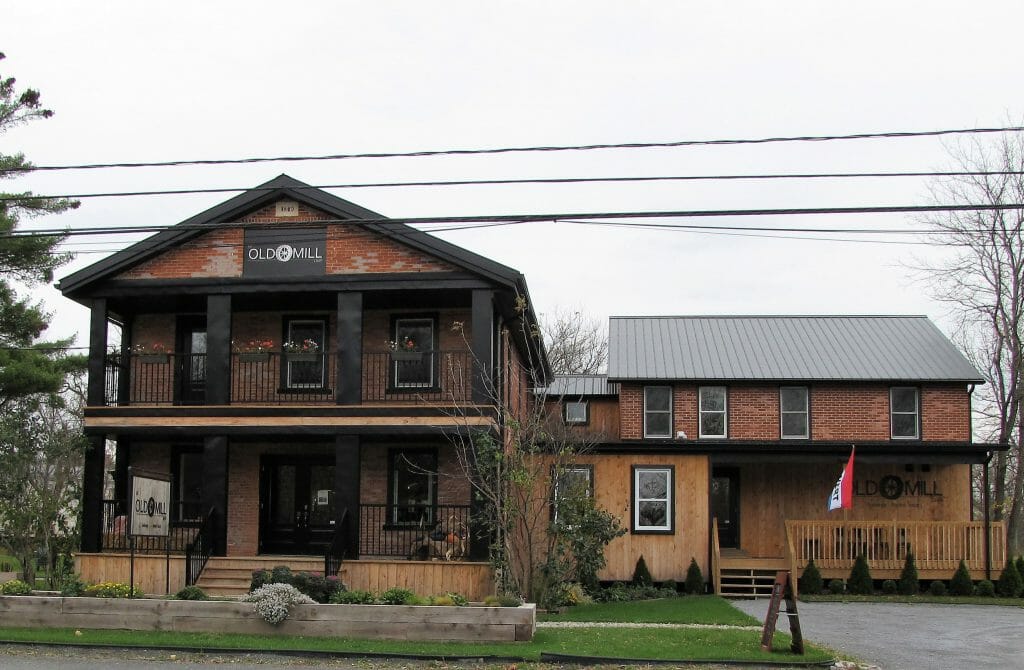 People worried about the fate of the heritage building itself. In 2015, Denis Paradis, Christophe Limoges and Marie-Florence Crevier-Paradis purchased the bar with a vision of turning it into an auberge, bar and bistro that would serve food, wine and beer exclusively produced in the Brome-Missisquoi region. Staying true to the historic nature of the building, the structure was renovated inside and out giving Le Old Mill 1849 not only a new name, but a new energy and a different kind of charm.

As its 100th anniversary approaches, there is a measure of comfort knowing that business at The Old Mill carries on, albeit changed but still with the same goal of creating community within its walls. As Mr. Martindale once said, « God forbid that we are ever denied at least one “watering hole” in Stanbridge East! »