Last spring, it was time. I was 60, and the book that topped my “read-someday” list mocked me from the bookshelf. I had sought companions to read Proust’s Remembrance of Things Past, to help me understand and finish it. But now I was going to tackle James Joyce’s Ulysses, about which so much had been… 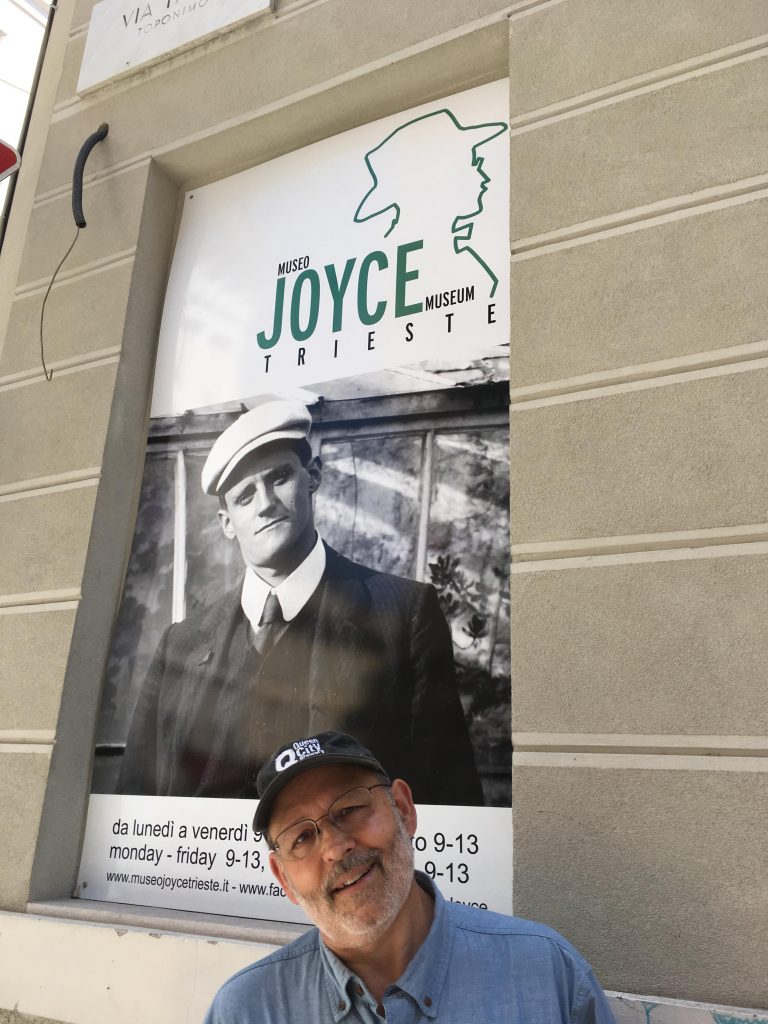 Last spring, it was time. I was 60, and the book that topped my “read-someday” list mocked me from the bookshelf. I had sought companions to read Proust’s Remembrance of Things Past, to help me understand and finish it. But now I was going to tackle James Joyce’s Ulysses, about which so much had been researched and written. So I asked just one friend to read it with me, and I stayed in contact with another reader in Vermont. Essentially, though, I was on my own.

There are many reasons to read Ulysses, but its difficulty looms large. It’s the first book to use stream-of-consciousness well, to depict convincingly how the mind jumps around, how half-thoughts beget reminders or memories, and how fragments of speech or a sign or a person send the mind shuttling off in multifarious directions. We all experience this, but wouldn’t writing it mean putting it all into some sort of order, its essential disorder lost? Soon I’d form my own opinion.

In 1998, The Modern Library listed Ulysses as the most important novel of the 20th century. But its difficulty always stopped me. I wanted a concentrated read, thorough and unhurried. I wanted to “get it”. It’s a book to reread, it’s said, so I wanted my reread to not feel like my first read. Thus, over the years, I marshalled resources. In the mid ‘90s, at a Waterstones Bookstore in Boston, I bought Don Gifford’s notes, a book bigger and longer than the text itself. It’s keyed to a particular edition—page and line—so bought that too. Gifford is actually a condensation of a multi-volume and ongoing study, now continued on the internet. Around 2005, I found a 26-hour-long recording of Ulysses by acclaimed Irish actors Jim Norton and Marcella Riordan. This was a breakthrough! For the first time, as I read along, I could mentally hear it, and parse the largely un-delineated text into narrative, stream-of-consciousness, dialogue, and repartee, both mental and spoken. In group scenes, I actually could hear who was responding to whom. And once I could hear it, I COULD HEAR IT! That’s when I knew the book was brilliant, that Joyce was a verbal magician, and it would all be worth the effort. (My advice to you? Don’t attempt it without a recording in an Irish accent!)

I reread Joyce’s Dubliners and Portrait of the Artist as a Young Man in March and April, but my journey through Ulysses proper lasted from 4 May 2016 though 24 January 2017. Accounting for absences, I logged only 3.6 pages per day, and spent many more hours reading the history and geography of Dublin, Irish prejudices and sensibilities, and several books about Ulysses.

Firstly—you will explain this endlessly to others, hoping not to embarrass them—Ulysses is not about Odysseus, the Greek hero of Homer’s The Odyssey, though Ulysses is what the Romans called Odysseus. It is about Leopold Bloom, his wife Molly, and Stephen Dedalus, the 22-year-old son of an acquaintance. The entire novel takes place in Dublin, entirely on 16 June 1904, since called “Bloomsday” by readers. Why is it called Ulysses? It’s because the novel’s structure shares that of The Odyssey, but as a modern story: Bloom, an ad salesman for the newspapers, spends the day treading Dublin, living the odyssey of his day to finally arrive home, to become reacquainted with his wife, and during the day finding a “son” to mentor, one Stephen Dedalus, whose real father is such a misfit that Stephen has run away to Paris, though he has returned because his mother is dying. That Molly Bloom, a singer, is having an affair with the onomatopoeic Blazes Boylen, her music director, Bloom well knows, and their scheduled 4 p.m. assignation—in Bloom’s own bed—haunts Bloom’s thoughts all day. As the son of an immigrant Hungarian Jew—Bloom converted to Catholicism to marry Molly—he is, in most respects, an outsider, not least with the purebred Irish who dislike immigrants to the Emerald Isle, particularly the long-occupying English.

Stephen Dedalus is modelled on James Joyce, who himself returned from Paris to his dying mother. Also, on that particular home-coming, James Joyce met one Nora Barnacle of Galway, with whom he fell in love and would spend the rest of his life. They left Ireland together, unmarried, in October 1904, ending up in Austrian Trieste, where Joyce taught English at a Berlitz school. Joyce would only ever return to Ireland briefly. Ulysses was begun in Trieste, and Bloom was modelled on Ettore Schmitz (the author Italo Svevo), one of Joyce’s English students. Bloomsday, 16 June 1904, was the date of Joyce’s first date with Miss Barnacle, the day Joyce memorializes in Ulysses.

Ulysses is a complex book; my two companions thought it overly complex. But I was smitten, so my love for it didn’t end there. I read Ellmann’s biography of Joyce, a history of Ulysses’ tortured publication, and many of the books mentioned in it. I even traveled to Trieste to wander the city where Joyce lived and drank, and where Svevo studied English with Joyce, and eventually wrote. It’s true, I haven’t yet set a date to reread Ulysses, but surely it will be soon!