The Senator Gives Back

At 87, the long retired Senator Lloyd Rogers, was becoming increasingly unreasonable. Among his friends there were whispers of “oldtimers”. When Aunt Margie had her stroke it was agreed that she and Lloyd would move into the Jardins Fleuries Retirement home on May 1st. On that very day, however, Lloyd changed his mind. He would…

At 87, the long retired Senator Lloyd Rogers, was becoming increasingly unreasonable. Among his friends there were whispers of “oldtimers”. When Aunt Margie had her stroke it was agreed that she and Lloyd would move into the Jardins Fleuries Retirement home on May 1st. On that very day, however, Lloyd changed his mind. He would stay alone in the stately old house in which he grew up.

Every day, at 11:00 AM, he would visit Margie, and sometimes stay for lunch. He continued to assert his independence by refusing to use the bathrooms, in favour of relieving himself on the old pine tree behind the building. Guilt caused him to obsessively seek some project whereby he might, “give back to the community in the name of his precious Margie.” 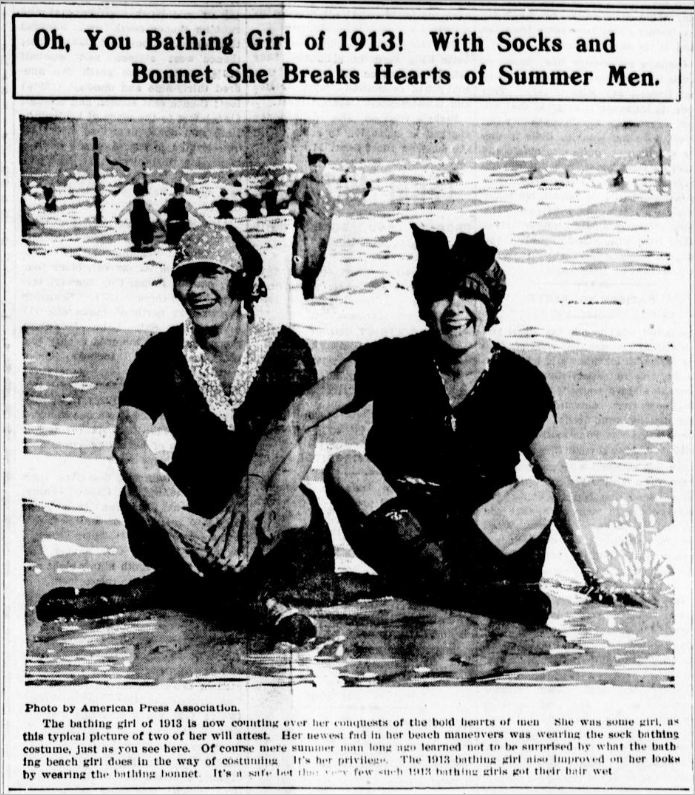 On a hot June day, when he was sitting by the pool with his sister Ellie, she lamented that it was impossible these days for “an older girl to find a presentable bathing suit.”  “Everything is a tiny bikini Lloyd, not enough blessed material to cover one side of me”. She went on to say how unfortunate it was that such a lovely pool was reserved for the enjoyment of one man.  Lloyd woke up in the middle of that night. “Eureka” he said out loud, “Bathing suits. That’s the trouble. The older the girls get, the less they go swimming with us.”

Next evening, at the Legion, the Senator and his cribbage buddies quickly identified the root of the problem. “Body shame”, said the Mayor, “It’s ridiculous, eh? After 60, they start getting undressed in the cupboard.”

“Not a problem chez nous”, said Rodolphe the farrier.

“Yah but yours is French,” shouted Richard the school bus driver.

Lloyd picked it up, “Boys, this damned female, middle aged, modesty shows no respect for our point of view. They think we’re looking for Playboy centerfolds, can’t accept that we love and admire them just as they are. I bought Margie some very nice smalls at Victoria’s Secret for her 60th. When she opened them, she said I was just ‘another dirty old man’.” Why I was surprised she didn’t call me a pervert.”

“Get it into your head and grow up”, she said, “You’re all the same. Me and my friends, all of them, have been done with childish see-throughs for fourty years. Also they were always stupidly uncomfortable, that is for the few seconds that I was allowed to keep them on.”

He forged ahead with his project by quietly spending about $10,000 of their precious savings to paint the pool and to repair the six-foot fence, so as to assure total privacy.

A PROGRAM OF SELF-REALISATION FOR MATURE WOMEN

RESULT:  A new you and a revitalized couple life. No more shame in changing clothes.

GUARANTEE: If you are not satisfied – free do-over

Stanton was abuzz for the week. Margie refused to see Lloyd or talk to him on the phone. He was confident that she’d “throw her weight behind the project once she’d properly understood it.” At the Women’s Institute meeting it was rumoured that he had invited two middle-aged women from his former client, Le Camp Naturiste du Bonheur, to pour tea “au naturel.”

By 9 AM on the opening day a crowd of more than 100 gathered at the front gate to the house. Lloyd, in Bishop’s blazer, regimental tie and white shorts and socks and sandals, was giving a TV interview. A murmur went up and the crowd parted to make way for a line of very indignant women, led Marge with her walker and her favourite nurse Astrid Perez. Marge was wearing a black Speedo, flipflops and white bathing cap. She was followed by seven more residents from Le Jardin, identically attired. One of them, Irène Hébert, was wearing her daughter-in-law, Fatima’s, burkini. Rev. Alice Murray, from the Anglican Church, announced a special prayer service for both women and men at noon. There were a number of placards, including the statements; “Remember the Garden of Eden.” and “Naked Old Men are More Revolting”.

The Mayor announced his determination to pass a by-law prohibiting public nakedness for any human over three years of age.

Lloyd threw in the towel, got his dog Edgar into their old Cadillac and left for a few days “R&R” at Camp Bonheur. Margie and friends returned to the home and had a pizza party and several bottles of wine. At 9:30 PM, Miss Perez suggested that the Jardin’s mini-bus drive them over to the pool where the girls enjoyed a quietly mirthful skinny dip.