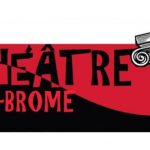 The 2017 summer season at Theatre Lac Brome marks the beginning of a new era for the performing arts in Knowlton and the region. Thanks to many generous patrons and the Department of Canadian Heritage’s Cultural Spaces Program, the Theatre has undergone a transformation with the creation of a 2000 sq. ft. lobby addition: an expansive high-ceiling reception area, a new box office, new washrooms, a cabaret stage and an improved backstage. The program has a worldly theme with music that will appeal to young and old, French and English, and is a reflection of the diversity of the performing arts.

The opening gala will feature a performance by Marc Hervieux on Saturday, June 3 preceded by a coquetel dînatoire.  The award winning blues singer Angel Forrest will be making her only local appearance on Saturday, June 17and Vintage Wine is featured on July 1 with a concert celebrating popular Canadian music. The Theatre is pleased to partner with Granby’s Festival International de la chanson with a presentation of Orlando le Trio, a unique musical group from France on Saturday, August 26.  The summer season concludes over Labour Day weekend with the annual visit by perennial favourites George Bowser and Ricky Blue and a BBQ,

The scheduled theatre events include: Sutton residents Wayne Doba and Andrea Conway home from their travels in Tap ‘n’ Tell; followed by Albert Millaire in a stage adaptation of Rendez-vous Voltaire – Candide (it could be argued that we are living locally in the best of all possible worlds);  Around the World in 80 Days opens on July 22 in a wildly inventive adaptation designed for family audiences by British writer Toby Hulse;  Passion Latina is a new production featuring the incomparable Natalie Choquette and pianist Dominic Boulianne. Dominic also performs with Pascal Racine in the world premiere of Miss Constance, a cabaret ‘burlesque’ soirée.

To compliment the performing arts series of music and bilingual theatre, the Theatre’s new lobby will now be able to showcase visual artists on its walls.  Stop by for a look, refreshment, and stay for a performance.

More information is available on line at theatrelacbrome.ca or by calling the Theatre Box Office at 9 Mont Echo in Knowlton: 450.242.2270.

A major transformation for Theatre Lac Brome for the summer season 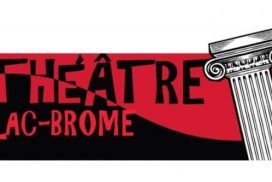 [SUMMER 2017] By Nicholas Pynes   The 2017 summer season at Theatre Lac Brome marks the beginning of a new era for the performing arts in Knowlton and the region. Thanks to many generous patrons and the Department of Canadian…
Si vous aimez, svp partager! If you like this, then please share!