Get out of your comfort zone. Embrace the unknown. Sabotage knowledge. These ideals are core to multi-disciplinary artist Vicki Tansey. A performer and teacher for over 45 years, Tansey is first and foremost an explorer. Her passion for adventure coupled with her defiant stance on convention has earned her praise among meditation teachers, dance critics,… 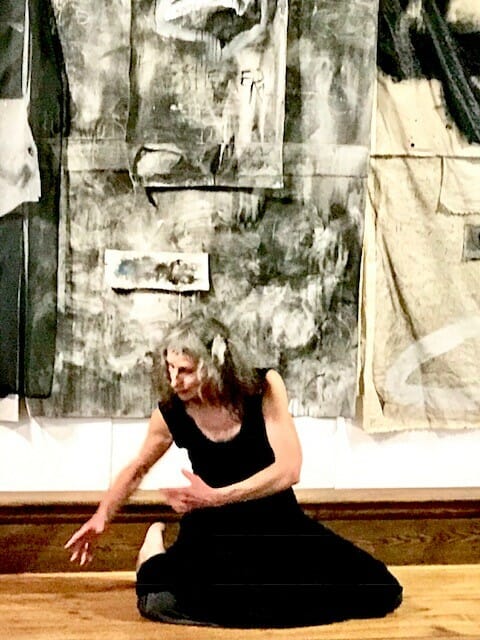 Vicki Tansey dancng at the opening of Impermanence, her art show at Art Plus in the Fall of 2017

Get out of your comfort zone. Embrace the unknown. Sabotage knowledge.

These ideals are core to multi-disciplinary artist Vicki Tansey. A performer and teacher for over 45 years, Tansey is first and foremost an explorer. Her passion for adventure coupled with her defiant stance on convention has earned her praise among meditation teachers, dance critics, and fellow artists.

Tansey has always been attracted to movement. At the age of nine, she convinced her mother to allow her to take dance classes. Trained in classical and modern ballet, Tansey began testing boundaries when she moved to New York in the late sixties and studied under Merce Cunningham, an acclaimed modern dance choreographer. “I felt that movement was so restricted and that every gesture was too finely designed and void of emotion,” said Tansey. “I felt that something was missing.”

She gave birth to the first of her three children in July 1969 before moving to Vancouver, where she joined a modern dance company and toured the province with her two-month-old. Upon her return to Montreal, Tansey distanced herself from choreography because of the limitations it placed upon the body. She and her husband purchased the house of multi-media artist Roy Kiyooka. She converted his painting studio into a space designed for dance and movement exploration. It was there that her relationship with improvisation began in earnest.

The work was tough and challenging. Initially, due to an accumulated dance technique and vocabulary, the artist found it difficult to improvise freely and without constraint. One day, she keenly felt the need to break the pattern. “I went to the dance shed, put on some Beethoven, and began moving around the room,” said Tansey. “My husband was standing quietly in the corner, watching me. When I stopped, there were tears in my eyes. The patterns had broken- a door had opened.”

From that moment on, the dancer began teaching improvisation. “I felt like I had cracked something open,” said Tansey. “It was both exciting and terrifying because I knew that I was on my own.” Nevertheless, she was convinced that she had to follow through with her project.

Her Buddhist practice helped her fight the odds and tackle her ambitions. Raised a Catholic, Tansey took refuge with meditation master Chögyam Trungpa Rinpoche and embraced the Buddhist philosophy in 1972, forsaking all forms of security (psychological, emotional or material). “In many respects, being awakened and aware of the moment helped me,” said Tansey. “Taking refuge means that you take a vow to pay attention to everything that you cling to and to slowly break all ties with security. That’s when opportunities open up.”

Over the years, the artist has taken up impressive projects. Teaching at Concordia’s Dance, Fine Arts and Theatre departments, Tansey also worked at the forefront of the Saidye Bronfman and Visual Arts Centres. Upon receiving her bachelor’s degree in Fine Arts from Concordia University, Tansey obtained a grant from the Canada Council for the Arts. She was ecstatic about the news. With the money, Tansey rented a studio and shared it with an old friend, herself an established artist. “Together, we practiced improvisation every day,” said Tansey. “It was fabulous.” 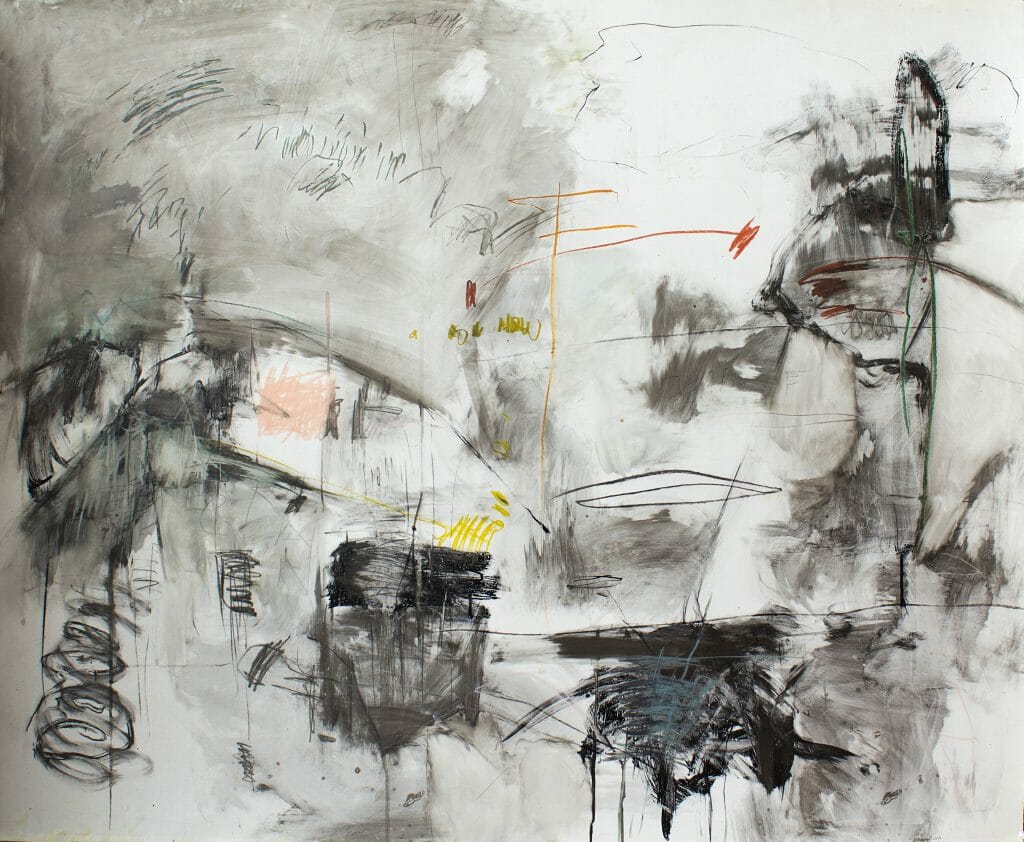 Since 2010, Tansey has impressed audiences with her non-conventional art installations and performances. In order to make her performances easier to follow, Tansey uses one clear reference point per scene or scenario. For example, her production titled Women and War made a strong feminist point with cacophonic, shrill sounds made by women which helped recreate war scenes, referencing planes and bombs without actually naming them. Other productions like The Gift of Mirroring adopted Brechtian theatre tactics by breaking down the fourth wall, the imaginary divide between actors and audience members. Tansey placed different-sized mirrors around her audience in order to mimic and repeat their gestures.

Running along a similar vein, Tansey invited her spectators to yell out random words at her. The dancer offered her physical interpretation of politically charged terms such as “revolution”, ambiguous concepts such as “careless abandon” and even company labels such as “Ketchup”.

She recalls her experience in residencies in Newfoundland, Slovakia and Cuba with special fondness. In Newfoundland, she was housed in a tiny, rustic-looking fish cabin where she used many delicately-constructed sculptures made of locally-found materials to scribble random phrases on the walls in chalk, all of which tended towards disappearance. In Cuba, she had to set up camp for weeks in a grimy room with peeling paint, a humming fridge and a crumbling staircase. As always, Tansey accepted each situation, perceiving the difficulties as challenges to be overcome. 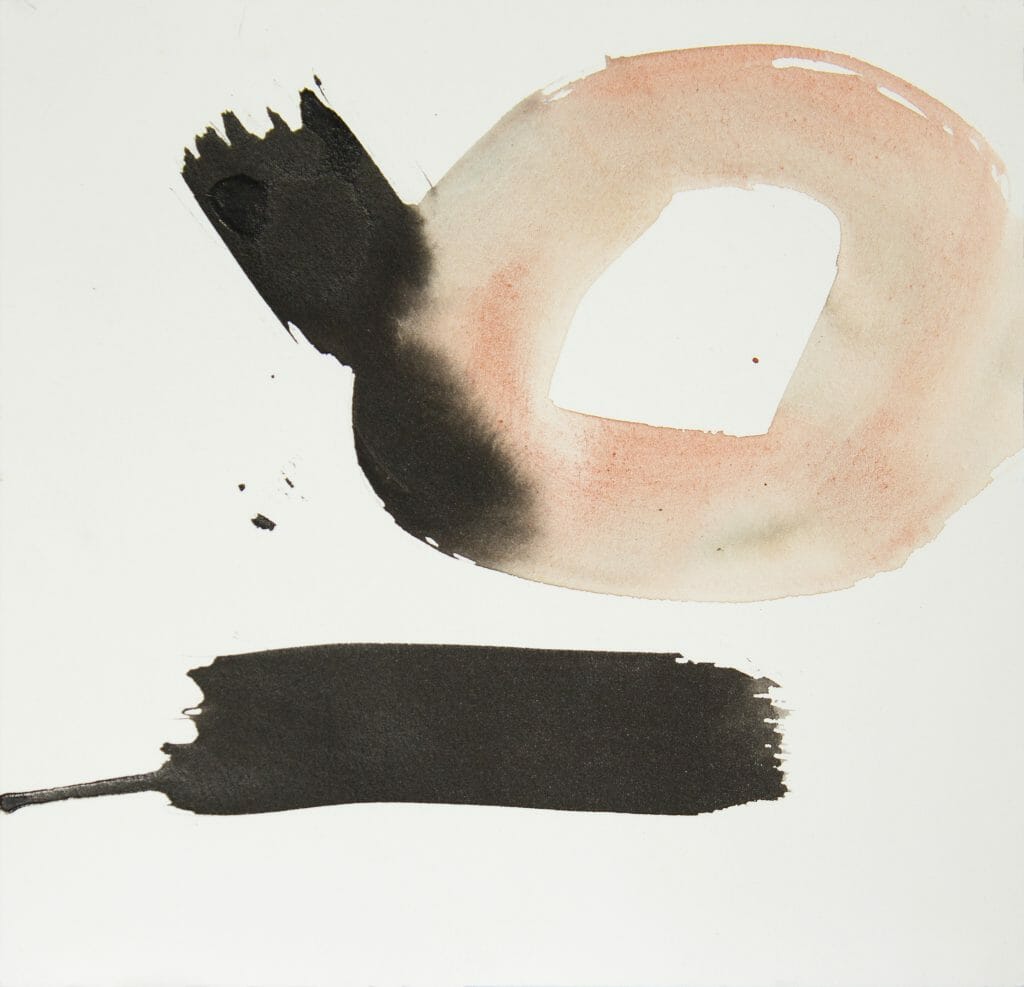 Today, Tansey’s work titled Impermanence is on display at Galerie Art Plus. The gallery hosts about 350 small panels featuring cloud formations. Abstract in nature, each artwork is created in a fluid, languid manner that subtly parallels Tansey’s dance movements. Tansey began painting clouds on tiny slips of paper from her home on Pinnacle Mountain, where she continues to marvel at the changing sky landscape every day. “I have always been attracted to clouds because they belong to no one,” said Tansey. “They are not influenced, determined or defined by country, politics or beliefs. They are not a human construction. Like us, they come and go, appear and disappear, and are in continuous transformation.”

It is tempting to argue that Tansey always operates at an edge. “I was rebel in the sixties, always having to go where no one else had gone before,” concluded the artist. “It’s just who I am. I love encountering the unexpected.”