In the early 1900s, a newspaper, frustrated by the slow-drying newsprint in the hot, humid Brooklyn summer, hired an engineering school graduate to come up with a solution. Young Willis Carrier devised a machine that pulled the moisture out of the air in the press room. Not long after it was installed, the lunchroom emptied… 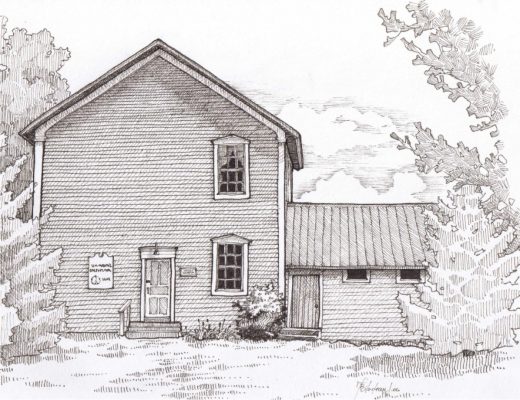 In the early 1900s, a newspaper, frustrated by the slow-drying newsprint in the hot, humid Brooklyn summer, hired an engineering school graduate to come up with a solution. Young Willis Carrier devised a machine that pulled the moisture out of the air in the press room. Not long after it was installed, the lunchroom emptied out. Workers ate their sandwiches alongside the deafening printing press because it was nice and cool. Who would have predicted that Carrier’s invention would have such a huge impact on the planet?

The air conditioner, once downsized and established in the home market, created a revolution. Huge populations shifted to parts of the world no sane person would live in the summer WITHOUT air conditioning. When home design no longer requires maximizing shade and natural cooling, you can build glass boxes. Then rely on an air conditioner to make your living spaces comfortable. In the Southeast, low slung houses with deep front porches. Out in California, buildings laid out in a horseshoe around a fountain with shaded windows. In the Southwest, thick-walled adobe huts that absorbed the day‘s rays and released them slowly during the cool night. All of these techniques were developed over centuries or imported from similar climes across the globe. Then almost overnight none of it was necessary. All these passive methods (that didn’t require a mechanical solution) were summarily replaced by machines.

Heat wasn’t the only thing rendering these locations unfit for habitation. Many didn’t have enough ground water to support life. Which is, of course, why there were never big populations there to begin with. Again, human ingenuity meant clever systems to deviate vast volumes of water hundreds of miles to meet the growing demand of these newly transplanted populations.  Essentially building vast oases of urban sprawl.

As a result, the kind of architectural vernacular that once defined geographic locations became irrelevant or labeled “traditional”. Our naive disregard for the long-term consequences of our alterations and the carbon footprint of all that cooling got us into a hot mess. In Quebec’s climate, the early settlers’ homes with thick walls that retained heat and deep overhangs to keep out snow were replaced by inexpensive homes with inadequate insulation and a radiator or baseboard heater in every room. The latest trend of adding lots of huge windows without considering how they create convection (drafts) and let out so much heat at night and let in so much heat when the sun is low means that we waste incredible amounts of energy struggling to keep our homes comfortable.

I remember the very first time I saw a kiwi at the grocery store. It was a potent symbol of the way markets were changing – giving consumers access to exotic foods (yes, kiwis were once exotic) that were shipped from thousands of miles away at great cost to the planet. I’d like to think the pendulum is now swinging back. Eating organic and eating local is back in fashion. A parallel shift is also taking place in building design.

Using age-old techniques for heating and cooling, ones that don’t rely on energy-hungry machines; designing thick walls and deep overhangs to keep the snow and rain away from walls; avoiding petroleum-based materials that dump vast amounts of carbon into the atmosphere today in the hopes of energy savings tomorrow; building like our forefathers did, with local wood and plant-based products that actually do the planet good, by stocking carbon in the building forever. High performance construction (along with making our existing buildings more energy efficient) reduces their energy use (and carbon footprint), lightens the load on the planet but also makes them more durable and therefore able to withstand what Mother Nature throws our way.The weather is crazy and the only thing we know for sure is it will get crazier – all the more so if we don’t make major changes to our consumption habits in a hurry.

We are incredibly lucky to live here – on high ground, out of hurricane-prone zones (for now), ample fresh water and a government that is there to step in when things go awry. The vulnerable populations living near the equator and in low-lying countries are not so lucky. They are responsible for far less of the damage done to the planet than us but are infinitely more likely to suffer the consequences. We waste more water, use more energy and produce more waste than anyone on the planet. Isn’t it only fitting that we be the ones to do the most to combat climate change?