The week of 20–27 September 2019 saw the biggest climate mobilization in history. According to some sources, 7.6 million people went on strike and took to the streets to protest climate inaction. Inaction in the face of a climate crisis due to planetary heating, caused by the increase in greenhouse gas emissions. People from Sutton went…

The week of 20–27 September 2019 saw the biggest climate mobilization in history. According to some sources, 7.6 million people went on strike and took to the streets to protest climate inaction. Inaction in the face of a climate crisis due to planetary heating, caused by the increase in greenhouse gas emissions. People from Sutton went to join marches in Dunham, Granby, Montréal, and Québec. Me included. And then we came home.

Then, I am guessing, your life—like mine—continued much as usual. Except maybe you thought more about the climate crisis and the environment when you voted in the Federal election. And maybe also noticed a persistent feeling albeit low levels, of “eco-anxiety”. This anxiety is fuelled by fear of climate crisis without any sense that there is anything meaningful you can do about it. Because, maybe you, like most of us, believe that it is only the various levels of government and industry that can sort out this mess. Or else that it is all just too complicated.

However, I recently had the great fortune to be present at a conference where a keynote speaker was Claude Villeneuve, a full professor in the Department of Basic Sciences at the University of Québec at Chicoutimi. His talk centred on the role municipalities can play in reducing the impacts of the climate crisis. However, it was something he said at the end of his presentation that really caught my attention. It was when he spoke about carbon footprints, and the power of strength in numbers. 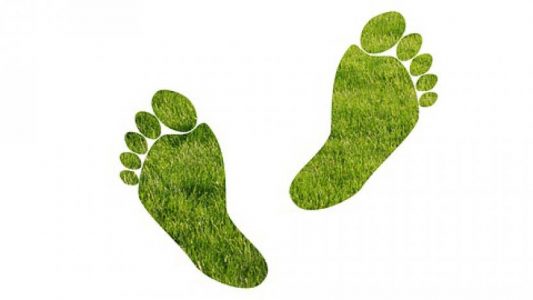 The question is what could I do—what could we do—to each reduce our carbon footprints by one ton? The problem here is that often those things I see suggested seem to have no relevance to me and or are just plain expensive, such as reducing my number of flights and, when I do fly, purchasing carbon offsets. This assumes that I can afford to fly as well as pay a carbon offset, understand what a carbon offset means and know how to do it. So, instead I started to look around for things that I could do that could directly reduce my carbon footprint, things that are practical, cheap, and make sense for my life in a small rural-ish community like ours.

For many households, transportation is often the biggest single source of emissions. If you have a car, reducing the quantity of gas you use is crucial when it comes to reducing your carbon footprint, and saves money, too. I had the luxury of being able to buy a new, smaller, more fuel-efficient car. Even so, I plan, at least once a week, to walk or bicycle to my destination—say, to the supermarket—rather than taking the car.

When I go to an event with friends—say, the movies in Cowansville—I will offer to carpool. I will stick to speed limits (fuel usage increases dramatically at speeds above 80 kph) and will avoid letting the car idle which needlessly burns fuel. Did you know that it is more economical to turn off your engine when you stop for more than 60 seconds and then start it up again and that in winter the best way to warm your car is to drive it!

On the subject of fossil fuels I am also fortunate enough to have had the money to convert my central heating system from oil to electricity. But even the production of hydroelectric power results in some emissions. So improving my door and window insulation for this winter makes sense both for the climate and my hydro bill.

Further, I will diligently compost all food waste into my brown bin and/or my home composter. In which case I will also keep it aerated. Composting, rather than putting food waste into the garbage bin, prevents it from being landfilled. So reducing methane gas, which is 30 times more potent a green house gas than carbon dioxide.

For the same reason I will reduce my beef consumption to once a week . Cow belches are a real thing when it comes to methane. And connected to that, I will increase the proportion of my weekly shopping list that comes from local sources. Be it meat, fruits, or vegetables. That means less truck transport, and more support for our local producers. Lastly, the stuff we buy—even clothes—accounts for about a quarter of our total emissions. So I will be thinking twice. Maybe even three times—before buying new stuff rather than reusing what I have or buying recycled items.

Each of our lives and households are unique, so what works for me may not work for you. I guarantee that you can find ways to reduce your carbon footprint that does work for you and your household. I know you can. Cumulatively we can contribute to slowing down global heating. If you don’t care about that, then just focus on the benefits that these types of actions will have. For your wallet and for your health.

Oh, and then there is planting trees—but that will have to wait for the next edition.