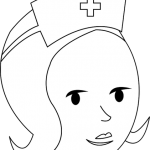 A short story by Peter Turner

For all of his fifty-five years, Howard Laporte was known as “The Walker.” At the age of eight months he’d surprised his mother by walking upright under the kitchen table while she was entertaining at tea. In the early mornings before breakfast, and in the evenings after supper, he would stride along slowly and always alone, on one or another of the roads surrounding Ellisburg. He might offer a shy toothy smile to one who might salute him, but he would never stop to chat.

When he was but three, his parents died in a car crash after which he lived with his only sibling, twenty-one-year-old Marie, in the old house they’d inherited. She looked after the food and laundry and stuff and diligently oversaw his schoolwork. French was his only grade below 80%.

At high school, the girls liked to bet on who could make Howard speak. “You’re the hottest guy in the class Howie,” or, “Come to my party on Friday. There’ll be kissing!” He was careful not to have an empty seat beside him on the school bus because he was terrified that a girl might take it. One day, though, Helen Santerre, one of the boldest of his classmates, grabbed the seat beside him. As he shrank away from her she whispered, “My Mom says that your real mother is Marie, not your dead Grandmother.”

He waited in his room for Marie to get back from shopping and when she came up the stairs he crossed the hall and knocked on her door. “Come on in, bro,” she chirped. She had her back to him while looking at clothes in her cupboard.

“Helen Santerre told me that you are my real mother.”

Marie stood stock-still for what seemed forever, then spun around, and threw her arms around him. They fell back onto the bed and lay beside each other looking at the ceiling. She sobbed quietly. They were silent for a long time until she turned to him and said, “What does it matter Howard? We’ve all loved you so,” and ran downstairs. Howard sat alone in the dark until dawn. A month later, Marie married her boyfriend and disappeared.

After that, Howard was pretty much alone as he finished school and became an accounting clerk at the sawmill. That job afforded him the hours of silence that he needed. He only got out and about to go to the Post Office, and the IGA and so on.

One bright Saturday morning in January, Howard was walking along the Stanton Road beside an orchard. He stopped to watch some deer rooting about in the snow for deadfall apples, when a pick-up truck came tearing around the corner behind him, skidded, and struck him, throwing him some seventy feet. When he regained consciousness two days later, he was told that he would remain a quadriplegic for life.

He was provided his own special room in the big hospital in Sherbrooke. Two nurses on his floor were especially trained to look after all his needs. Even breathing was problematic for Howard, for his chest muscles barely functioned. With difficulty, he could speak haltingly so long as his lungs were aspirated every few minutes.

The nurses, Yvette and Sharon, were in their forties and married with children. Their devotion to Howard grew every day as they admired his consistently good humour and his strong will to learn how to function in his limited state. Although he had never typed or worked with a computer, with the help of his new “family,” he learned to type on a laptop with a mouth stick and, to everyone’s amazement, to do it in French as well.

He had never in his life felt so close to a female—and now there were two of them. Yvette and Sharon were his mothers, his sisters and his teasingly flirtatious “girlfriends”—all at the same time. They watched Habs hockey games together, talked of the joys and tribulations of their children. They all went by special vehicles to the Granby Zoo and marvelled on seeing the elephants, and snow leopards and all. For the first time in his life Howard was feeling the embrace of family.

He was evaluated by his doctors to be well able to give instructions as to his business and legal matters. He retained Charlie to negotiate with the Quebec Insurance Board, the disposal of his apartment, the preparation of a will and other such affairs.

Both of Howard’s parents were only children and his only surviving family member was Marie. For years, he’d only heard from her through the Christmas and birthday cards that she sent without a return address.

Howard’s was determined to leave to Yvette and Sharon, in equal shares, his several hundred thousand dollar estate. Dreaming about their families enjoying a trip to the Rockies, or a new car, or perhaps university for the kids made him smile—the same warm smile he’d had as a boy.

There was a serious problem with all this, however; these bequests would be counter to the common-sense rule of Article 761 of the Quebec Civil Code:

“Art 761: A legacy made to an employee of health or social service establishment who is neither the spouse or a close relative of the testator is without effect if it were made while the testator was receiving care or services from that establishment.”

After Charlie explained that he said, “Oh come on Charlie. How would Marie, or anybody else, ever know?”

“Maybe Howard but that plan is not a viable one for the long term.”

With the help of the Mormon Church, Charlie was able to track Marie down to a town in northern Alberta called Grande Prairie. Two days later, she was weeping by Howard’s bedside and a few days later she came to understand the legal dilemma. If she inherited money, she was committed to redirect it to her Church. Astonished by the obvious depth of the love between her son and his nurses she immediately saw the opportunity to help Howard realize his wish.

With legal and accounting assistance she set up a trust. It would ensure that the money got securely into the hands of Yvette and Sharon.

Howard was fading now. Everyone knew that his fifty-sixth birthday, only two weeks away, was likely to be his last. Marie got involved in planning a full-on surprise party for him. The party included cake, kids, paper hats and Yvan Cournoyer, who volunteered to come from les Anciens Canadiens. Charlie and Howard, on the other hand, planned their own surprise.

At the party, which seemed to include every doctor, nurse and cleaner in the hospital, Howard was able with his computer voice to explain the arrangement to “His Girls.”

His room was flooded in tears that night. He died just twelve days later.

Peter Turner practiced law in Cowansville, Quebec for some forty years. He also taught international human rights law part-time at several universities. He has been involved in public affairs at all levels of government. Today, he continues to enjoy a late night in one village bar or another – for as long as he is tolerated.

Howard and the Nurses : another short story by Peter Turner 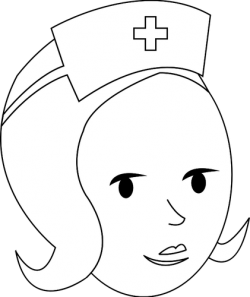 Howard and the Nurses

[SPRING 2020] A short story by Peter Turner For all of his fifty-five years, Howard Laporte was known as “The Walker.” At the age of eight months he’d surprised his mother by walking upright under the kitchen table…
Si vous aimez, svp partager! If you like this, then please share!