As I write this, it is not certain when and how Bed and Breakfasts will reopen in the context of COVID-19. What is certain, however, is that, after 15 happy and successful years, my career operating a B&B has come to an end. I took over Gîte Vert Le Mont at 18 Maple in November… 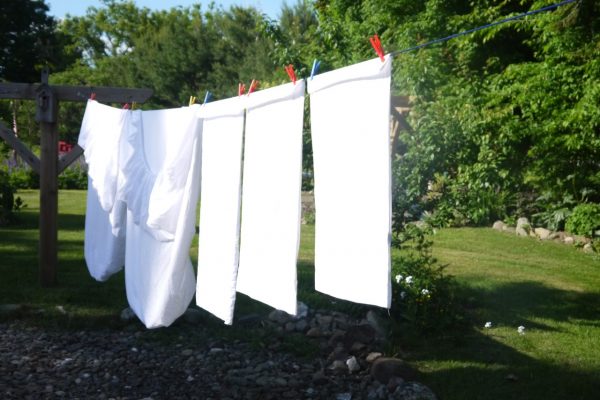 As I write this, it is not certain when and how Bed and Breakfasts will reopen in the context of COVID-19. What is certain, however, is that, after 15 happy and successful years, my career operating a B&B has come to an end.

I took over Gîte Vert Le Mont at 18 Maple in November 2004 from the former owners Diane Sylvestre and Jean-Claude St-Jean, retaining the name that they had chosen ten years earlier. Although I had never run a B&B before but thanks to their coaching and the support of the local population, businesses and the Corporation de développement économique de Sutton (CDES), the business thrived.

I often feel that I was truly fortunate to have been in the right place at the right time. When I started, Mont SUTTON was, of course, already very well known, and February and March were my busiest months. As the years progressed, the winter season remained important. But slowly and surely Sutton became a year-round destination. For outdoor and cultural enthusiasts of all types including cyclists, wine lovers and Louise Penny fans. First summer and then autumn grew and grew in importance. So much so that in 2008 it was August that became (and has remained) my busiest month of the year. In August 2014, I hit an occupation record with every one of my five rooms booked for 28 days straight.

So yes, the Gîte Vert Le Mont B&B is a successful business but so much more. The house at 18 Maple was built in 1916 by a former Township Mayor, Robert A. Wilson. In addition to being a family home it has a history of welcoming people first as a boarding house from 1969 for skiers and ski patrollers and then from 1993 as an official B&B. The thing that really distinguishes a B&B from other types of lodging is that it must be the owner’s home in which the owner lives. It is in this spirit that I have always welcomed people—as honoured guests rather than paying clients. People have come for many reasons. As tourists, of course, but also when visiting friends and family and for occasions both happy and sad.

Over the years, I have had the pleasure of welcoming people not just once, but numerous times. And I have become firm friends with many. But after 15 years in which I have fried approximately 15,000 eggs, ironed 10,000 pillowcases and cleaned 5,000 toilets, it is time to hang up my apron. So, it remains only to thank people—Mr. Wilson for building this magnificent house; Diane and Jean-Claude who returned it to its original glory; the people of Sutton who entrusted me with their friends and family members. And of course, all the people who stayed here over the years and always treated my home with consideration.

Will Robert Wilson’s fabulous house still grace Sutton in another 100 years? Most certainly if future owners do their job and take care of this house as have I. What is sure though is that at some point it will be someone new to write the next chapter for Gîte Vert Le Mont B&B.