To Cap It Off!

When the first settlers came to the Eastern Townships, they quickly began to clear the thick forest and its undergrowth and turn the countryside into ploughed fields and pastures. In the early store ledgers for Missisquoi County dating from the late 18th century, it was noted that those working to pay off their debts to… 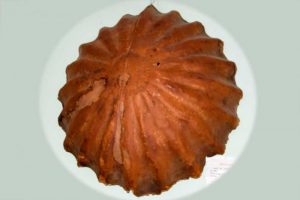 When the first settlers came to the Eastern Townships, they quickly began to clear the thick forest and its undergrowth and turn the countryside into ploughed fields and pastures. In the early store ledgers for Missisquoi County dating from the late 18th century, it was noted that those working to pay off their debts to the store owners would reap buckwheat and rye, cut and stack hay, thrash flax, dry tobacco, pick beans, cabbages and onions, and dig up root vegetables such as turnips and potatoes.

So successful was farming in the Eastern Townships that in the early 1830s, it was determined that 5,000 of the 5,800 families who had settled here  lived off sustainable agriculture prompting one traveller to the region to observe that “the Eastern Townships will very soon deserve the name of the Garden of Lower Canada.”

By the 1860s, farms in the Eastern Townships had a well-cultivated look and the Industrial Revolution meant progress and efficiency in farm management and productivity. Scientific advancements mechanized field work, lightened human labour, facilitated road and rail transportation to market, and altered crops to meet demands. Agricultural societies helped to spread modern scientific technology. In 1789, the first agricultural society was formed in Quebec City but similar groups were established in Missisquoi in 1824, Shefford in 1834 and Brome in 1856.

Besides good land, hard work and favourable climatic conditions, ingenuity was perhaps one of the key reasons behind the success of many farmers in the Townships. An important example of this was the “Symmes Hay Cap.” This modest invention changed the way farmers harvested their crops and it quickly became a common tool used in this region of Quebec from the 1880s until use of the mechanical hay baler became widespread in the late 1930s.

Hay caps were round and made of moulded wood-pulp with fluted edging, measuring 120 centimetres diameter, about 50 centimetres high and 2 centimetres thick. They were placed atop fresh-cut cone-shaped hay stacks, or “cocks,” which farm hands piled in the fields with pitchforks. The caps protected the hay from wet weather thus from losing its nutritional value for livestock. Hay could stay in the fields longer until it could be moved under permanent shelter in the loft of a barn.

« Putting up » moist or wet hay increased the risk of fermentation and fire. Odd as it might seem, wet hay is more likely to lead to a spontaneous-combustion fire than dry hay. The larger the hay stack, the less cooling and drying occurs to offset the build-up of combustible gas. For farmers that used large tarpaulins to cover their hay, there was a financial relief as well as hay caps were affordable compared to the expensive canvas coverings.

The “Symmes Hay or Grain Cock Weather Shield” was patented in August 1888 in Sawyerville, Quebec by J.A. and L.R. Symmes. On January 13, 1893, the Secretary of State of Canada granted Letters Patent to a group of prominent investors from Sherbrooke, Compton Township, and the towns of Cookshire and Sawyerville “for the manufacture and sale of Symmes Patent Hay and Grain Caps and Vegetable Covers and other articles of similar nature.” By this time however, hay caps were already in large-scale commercial use in the Eastern Townships.

A delightfully descriptive 1889 letter to the magazine The Cultivator & Country Gentleman indicates one farmer’s enthusiastic support of his hay caps:

« One hundred caps can usually be made to cover five tons of hay and the saving in time and quality of the hay is of inestimable value. In making and curing clover in the cock, it has brought the operation to so simple and safe a method as to relieve one from all anxiety, and when haying and harvesting are over, I still continue in using them in protecting piles of potatoes and other root crops from sun, rain, and even frost; and in piling apples and other fruits in the orchards before barrelling, they insure their safe keeping, even though the rain and frost may be severe.

As I write, the third rainy day has set in upon my first cut five tons of timothy, as I watch the water running from the fluted sides of the pulp hay caps, as it has done on and off for the last 48 hours, I can most cheerfully enjoy the thought, “What glorious growing weather this is for the root crops. »

The hay caps are a clear example of the industrious and forward thinking nature of many of the Eastern Townships’ farmers who came and settled in this region. Their innovative methods served to improve scientific advancements in farming practices. Today hay caps are very rare as they were simply discarded once the method of leaving haystacks standing in fields was no longer popular. Hay caps were used in Missisquoi and Brome counties until the 1940s but the best preserved example can be found at the Compton County Museum in Eaton Corner, Quebec close to where they were first invented and utilized by enterprising farmers.